Why Glasgow’s Heavy Pettin never made major inroads into the mainstream is something of a mystery. This Scottish five piece had all the essential ingredients: a hard yet melodic sound with a twin guitar attack, anthemic songs, a charismatic vocalist and (vitally important in the ‘80s) impressive follicles. Sometimes the fickle finger of fate can be cruel but, as if to remind the record buying public of their folly, Heavy Pettin’s three full length albums have been lovingly remastered and reissued, finally documenting an important band in metals lineage.

Heavy Pettin’s potential must have been obvious as, not only did they land a major label deal (with Polydor) for their 1983 debut Lettin Loose but they also scored Queen’s Brian May as co-producer. Opener ‘In and Out of Love’ immediately throws down the gauntlet and sets the tone for the rest of the album. It’s a riff heavy, punchy affair that leaves plenty of white space for Steve ‘Hamie’ Hayman to fill with his flinty vocals. Existing somewhere between early Saxon and Pyromania era Def Leppard Lettin Loose has a masculine sound obviously honed in tough bars and clubs. ‘Love on the Run’ is where the band really hit their stride, it’s an adrenaline-charged rocker that encapsulates the whole NWOBHM movement by fusing punk energy with a metal sensibility and, like Saxon’s Wheels of Steel, it’s delivered with an urgency that reeks of ambition. ‘Love Times Love’ was the lead single and, with a hook that could snare a man at 20 yards, it was a wise choice while the cascading acoustic guitars at the bridge means the track ululates nicely.

Some have lamented Brian May’s rough production (and you’d expect something smoother from the Queen man) but Lettin Loose sounds exactly as a British metal album from 1983 should: gritty, raw and tough as nails. There’s lots of depth and width to this recording, and plenty of invention too, so I assume this sound was part of his remit. ‘Victims of the Night’ and ‘Rock Me’ evidence a change of pace before ‘Shout it Out’ puts pedal-to-the-metal and, perhaps unwittingly, captures that zeitgeist as metal was morphing into thrash. ‘Devil in Her Eyes’ swaggers with a strong groove before ‘Hell is Beautiful’ closes the record and, on an album chock full of beefy riffs, it doesn’t let the side down. Two bonus tracks compliment this release, ‘Roll the Dice’ and ‘Shadows of the Night’ both of which wouldn’t have been out of place on the original record and suggest the band had a treasure trove of riches.

By the time the band released their second effort, 1985s Rock Ain’t Dead, they’d supported Kiss on the UK leg of their Lick It Up tour and they also survived an outing with rocks perennial madman, Ozzy Osbourne. Like many of their peers (Saxon, Raven, Def Leppard) Heavy Pettin’s sound became more Americanised around this era. The main difference you’ll notice is the production: more polished with the rough edges smoothed, much of the spit and sawdust is swept away. Another thing noticeable are Hayman’s vocals which have raised an octave or two. Of course none of this makes Rock Ain’t Dead a bad album and in many ways it’s better, the songs are memorable and well crafted and the band has become tighter but chances are, if you didn’t like the kind of stylistic shift Saxon took on Rock the Nations you won’t be too enamoured with Rock Ain’t Dead.

Beginning bold as brass the albums defiant title track is a medium paced rocker that features some cool interplay between the guitars: a solid riff and a bright, shiny solo act as a foil for each other while the chanted chorus will haunt you for days. Next track ‘Sole Survivor’ continues in a similar vein and ‘similar vein’ are the optimum words as there’s very little change in pace throughout. Even when the band up tempo on the excellent ‘Heart Attack’ they still seem restrained, where their debut album crashed through the gears like a rally car Rock Ain’t Dead is cruising in fifth gear. However, fans of AOR will love the dreamy ‘Dream Time’ and the Journey flavoured ‘Walkin With Angels’. ‘Throw a Party’ drips with ‘80s sleaze and ensures the album ends on a high. It’s the bonus cut ‘Crazy’ that’s worth the price of admission, musically it fits the album but the band finally unleash the hounds for an overdue high energy rocker.

By the time the bands third album Big Bang (reissued as The Big Bang) was released in 1989 Heavy Pettin had imploded the year before. Their change of style on sophomore album Rock Ain’t Dead had shifted the bands focus and when their record company plucked ‘Romeo’ for entry in the Eurovision Song Contest it alienated their core fan base. Although five years had passed since their hard rocking ‘Roll the Dice’ debut single (on the legendary Neat label) fans found the syrupy ‘Romeo’ too much of a departure. Big Bang, like the preceding Rock Ain’t Dead, is not necessarily a bad album and had it been released under a different moniker it may have done better business. However, rock fans have long memories and it’s hard to correlate Big Bang with with the band who released Lettin Loose and coupled with the groups disbandment it ensured that when Big Bang was released it turned out to be more of a whimper.

Despite the change of style Hayman & Co never lost their songwriting skills and fans of that distinctly ‘80s brand of American, radio friendly AOR will revel in Big Bang. Saturated in synths ‘Born to Burn’ is nevertheless a strong opener then we’re into the aforementioned ‘Romeo’ which would actually fit the prom scene in a Brat Pack film. ‘Lonely People’ has a touch of Survivor while ‘This is America’ shows where the bands ambitions were aimed. It’s a well-produced album with ‘Looking for Love’ and ‘Madonna on the Radio’ given a huge sound but it’s not until the seventh track that the band capture some of their previous magic. ‘Don’t Call it Love’ finds the band doing what they do best and, devoid of frills, it’s finds them rocking along with a rip-roaring solo to boot and ‘Heaven Sent’ continues the good work before sugary closer ‘Two Hearts’. Two tracks from the ‘Romeo’ single are added as bonus cuts but they offer little in the way of redemption.

Lettin Loose is rightly regarded as a NWOBHM classic and this reissue should cement that standing and it should be mandatory for every metalhead to own a copy. Rock Ain’t Dead and The Big Bang are less essential and are more for completists and fans of adult orientated rock. 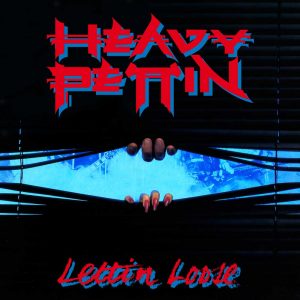 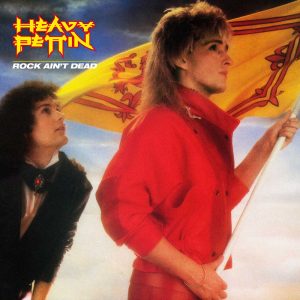 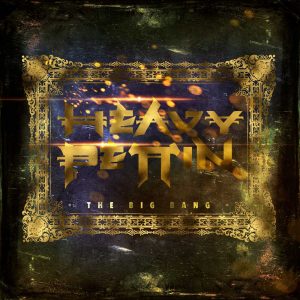