It’s Monday night and we’re at one of Birmingham’s most epic venues – the basement of the canal side Flapper venue – to witness the UK return of Ohio’s finest Hawthorne Heights with support from Shvpes and Mark Rose.

Early arrivers at the venue (and there were many) were treated to an acoustic set courtesy of Mark Rose. For those not familiar with Mark, he’s the former frontman of Chicago’s now-defunct indie/emo rock band Spitalfield who has since taken the solo career path. His set featured a track or two from his former band and a brilliant acoustic rendition of Danzig’s ‘Mother’, but it was solo material that really stood out.

Now you’d be forgiven for thinking such an act was completely out of place on the bill at Hawthorne Heights gig – a stripped back set with one man and his acoustic guitar on stage is a bit too close to the army of, dare we say it, wannabe Ed Sheerans busking at just about every city centre on the weekend than rock and roll – but thanks to an enthusiastic crowd and Rose’s great voice, he delivered a short but very sweet set which undoubtedly won him plenty of new fans. There’s a DIY and honest feel to what he does even through to referencing he’d be down at the merch stand after the show to sell copies of his CDs and t-shirts and true to his word he was… if you like your rock acoustic and a bit like Matt Skiba & The Sekrets, we’re sure you’ll dig Mark’s stuff.

Birmingham based Melodic Hardcore outfit Shvpes, were next and the air of calm the Mark Rose acoustic set moments previously created was quickly blasted away by arms flailing, drums banging, basses booming from the moment they entered the stage for ‘Undertones’ to the moment they left it.

No really, the stage was so small it could barely contain the boundless energy of Shvpes and we’re honestly surprised frontman, Griffin Dickinson (Iron Maiden’s Bruce Dickinson’s other son!) wasn’t knocked out by a guitar headstock. Even the crowd took five steps forward and joined in the madness with the entire room jumping in unison throughout the entirety of the set.

Since first emerging on the scene in 2016 with debut album ‘Pain. Joy. Ecstasy. Despair’, the band has refined their live act following touring stints alongside a host of metal giants such as Bullet For My Valentine and Trivium. Now just weeks away from their sophomore album ‘Greater Than’ (out on 9th November 2018 on Spinefarm Records), the band showcased a handful of tracks as a taster of what is to come. All we can say is if the storming ‘Calloused Hands’, ‘Someone Else’ and ‘Afterlife’ are anything to by it’ll surely take them to the next level.

Ohio’s Post-Hardcore / Emo kings came next. If you grew up in the early-mid 2000’s rise of the emo and post-hardcore wave of bands you know exactly what we’re talking about here. Hawthorne Heights was one of the ‘IT’ bands of this era and are one of the few still making waves close to twenty years after they first emerged on the scene. Many of tonight’s gig-goers are here for one thing – to reminisce that glorious, young and carefree era when music such as Hawthorne Height’s tugged at the heartstrings and often comfort and hope amongst years of teenage angst. 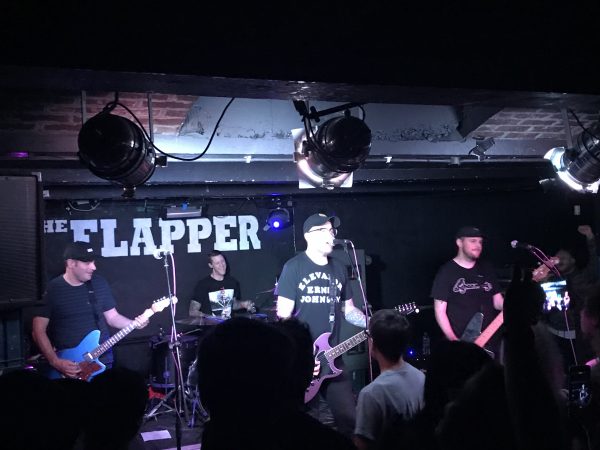 Opening with ‘This Is Who We Are’ and its oh-so-catchy chorus, the band took us through a setlist that can only be described as the stuff that emo dreams are made of. Put it this way, there was not one single filler song on their set. The heavy hitting tunes were present in abundance with some of the less familiar HH tracks backing them up convincingly.
Frontman and guitarist JT Woodruff stopped briefly to address the crowd poking fun at American bands (including himself) who pronounce Birmingham incorrectly. He manages to pronounce it like a local lad too immediately after though so props for that. But not before apologising profusely that they haven’t been on UK shores for a while. They more than made up for it with ‘Niki FM’, ‘The Transition’ and ‘Blue Burns Orange’ in the setlist though!

Sometimes in small venues like The Flapper, the sound mix can go horribly wrong but Hawthorne Heights somehow made it work for them. Everything is crystal clear allowing JT’s soothing melodic vocals to shine perfectly alongside stellar riffs and subtle arpeggio guitarwork of Lead Guitarist Mark McMillon. 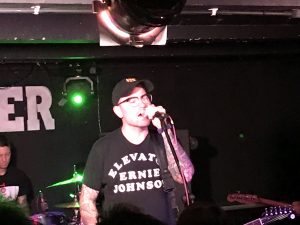 Songs from 2018’s ‘Bad Frequencies’ sounded fantastic and having since blasted this album to death following the gig, it’s a crying shame they didn’t showcase more if it on this UK run. Nonetheless though, title track ‘Bad Frequencies’ and ‘Just Another Ghost’ more than held their own against a set stacked full of Hawthorne Heights’ catchiest and best-known repertoire.

‘Saying Sorry’, a staple on Kerrang! Radio back in the day too was on the setlist and scored a huge singalong whilst the formidable riff opening of the palm mute and bass-laden ‘Pens & Needles’ sent Birmingham crowd down memory lane. Instrumentally it was flawless.
Hawthorne Heights closed affairs inevitability with their best-known track ‘Ohio Is For Lovers’ – even if you don’t know the band, you’re lying if you don’t know that song – it may be pushing 20 years old but it still sounds like it was released only yesterday – the hallmark of a great song and Birmingham loved it.

On one hand, you have to feel sorry for Hawthorne Heights. They deserve to be playing much bigger venues than this to much bigger crowds, yet there’s something magical about seeing them in such an up close and personal setting. But regardless, frontman JT Woodruff is awed at the Birmingham crowd response and just the hallowed metal city in general, even referring to the many spectacular canal bridges along Brindley Place.

He exits the stage proclaiming he’ll be at the merch stand to hang out with each and every gig-goers and politely asks if anyone can buy a t-shirt or CD to help them to the next city they’d be very grateful. And before most people have even turned around from the stage and left the venue, he’s already down there selling merch.

Perhaps this is the reason why in a genre where many of their counterparts have all but disappeared that Hawthorne Heights is still going strong. 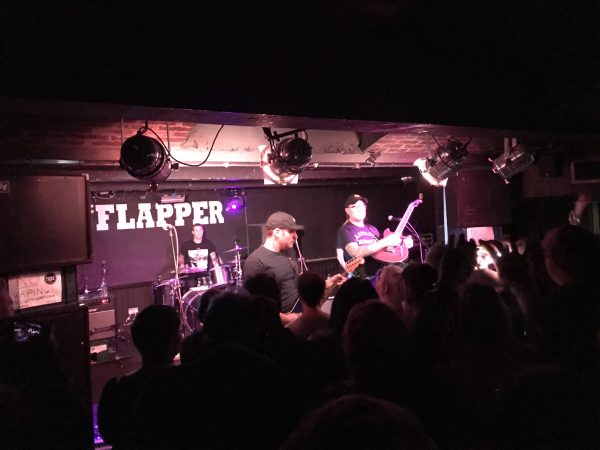