The numbers are astounding. 51 years together, 34 studio and 28 official live albums, 46 members including 10 drummers and 10 bass players and hundreds if not thousands of gigs (don’t quote me on any of these figures). Best known for their driving/dad anthem ‘Silver Machine’, Hawkwind have never been frightened of hard work. Their last two releases Carnivorous a musical chronicle of the pandemic, which was released under the Hawkwind Light Orchestra tag and 50th Anniversary Live, both released in 2020, were warmly received by both fans and music press alike.

So, as they head into their second half century, in what state do we find Dave Brock and his cosmic band? The current line-up of founder Brock on Vocals/Guitar/Keyboards, Magnus Martin on Keyboards/Guitars, Richard Chadwick on Drums/Vocals, Niall Hone on Bass/Keyboards and now in his fourth stint with the Hawks, Tim Blake on Keyboards have only been together since 2019 (it’s complicated) but the outfit have returned to the prolific output of their early days releasing six studio albums within the past five years and they continue to pull in the punters at concert halls and festival sites across the nation and beyond.

The full band follow up to 2019’s All Aboard The Skylark is titled Somnia and continues the band’s move away from the classic Hawkwind guitar/keyboard drone covered with electronic pops and whistles. Taking its lyrical thread from the album’s central theme of sleep whether it be the lack of it or the varying states of slumber and taking its title from the Roman God of sleep Somnus who had a thousand sons (the Somnia) who would take various forms to appear in people’s dreams.

On opener ‘Unsomia’ we certainly get straight into the bad sleep vibe with ten minutes of black thoughts, the heebie-jeebies and the screaming abdabs driven by Hone’s bass and carrying a somewhat reduced but still very characteristic Hawkwind drone. Sure, that signature sound is still present on various tracks like ‘Strange Encounters’ where it is driven by the drums as the beat shakes you from your nap, ‘It’s Only A Dream’ has an intro that is old school Hawkwind before it takes on a more subtle tone and ‘I Can’t Get You Off My Mind’ where the pace is lowered to great effect. ‘I Can’t Get You Off My Mind’ also finds them in unfamiliar romantic territory as it ends with the line “I’ll give you money and a diamond ring, for your love I’ll do most anything”. In fact, much of this album finds Brock and crew in more restrained and thoughtful mood, but this is no bad thing as they use the music to evoke those various states of slumber. ‘Alcyone’ shows this newfound… dare I say “maturity” and could be mistaken for some long-lost Floyd track. You can’t have an album about sleep without a few sheep to count and Hawkwind are more than happy to oblige. With its Santana style Latin rhythms ‘Counting Sheep’ is accompanied by Brock’s spoken punctuated vocal, a style which has served him well throughout his career and is used once more during ‘China Blues’ with its pulsing rhyme over tribal beats and later on ‘Sweet Dreams’. The band really have taken the theme and run with it, and this is never more apparent than on a track like the ambient ‘Meditation’ with acoustic guitar taking on the form of the sitar over a middle eastern drum pattern which take you to a place of contemplative serenity not always associated with the writers of ‘Master Of The Universe’. Turn on, tune in, drop out! Hawkwind couldn’t produce an album without some reference to space and ‘Small Objects In Space’ which leads into the short instrumental ‘Pulsestar’ is just that reference point and finds the subject looking out from the earth at an abundance of space debris. This latest offering closes out with ‘Barkus’ returning to the tribal pulse which appears throughout Somnia and ‘Cave Of Phantom Dreams’ leaving us with the myth of Somnus and his efforts to banish exhaustion from the world while the band drape the words in a pulsating cloak of synthesizers. It’s hard for us mere mortals to understand how after 50 plus years Dave Brock continues to take his outfit to new places but with Somnia he manages it once again. Don’t approach this expecting the traditional Hawkwind sound because both musically and lyrically Hawkwind still have an evolving tale to tell.

Somnia is released to coincide with the band’s appearance at this year’s Hawkfest in East Devon between 27th-29th August which will celebrates the anniversary of Hawkwind’s first ever gig. Hawkfest also marks the bands post-pandemic return to the stage and is followed by a string of UK dates from September and culminates in an appearance the London Palladium on 28th October. Available on CD or 180gram Vinyl this album may just keep you up at night. 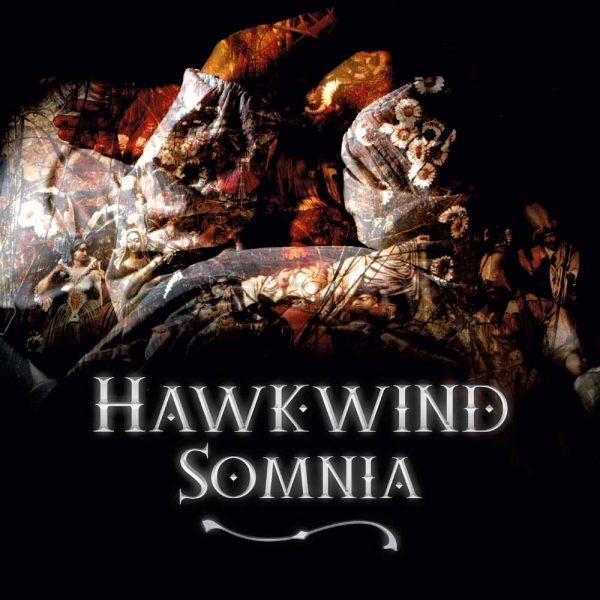