Formed in 2004 at the height of the burgeoning thrash revival Colorado’s Havok have proved themselves a band built for the long haul and are set to unleash their fifth long player, the imaginatively titled V. With no drop in quality or softening around the middle V is an 11 track mosher that puts a contemporary twist on that classic thrash crunch and adds a lyrical realism that sets them apart from their peers.

An intro, which mirrors that found on Metallica’s ‘Blackened’, kicks off opener ‘Post-Truth Era’ as a swirling tangle of backward masked guitars reveals itself to be a viper appearing from its coil as Havok arrive with all fists flying. It’s everything you’d want from a thrasher as that classic drum beat kicks in and the guitars arrive like nuclear warheads. The dizzying solos are very vertigo inducing and the riffs are equally apt to snap necks. Factor in David Sanchez’s throat shredding vocals and you have a musical bomb that’s primed for detonation..and it’s only the first song! ‘Fear Campaign’ follows, a terrier snapping at your heels, with an insane amount of notes crammed into each second it effortlessly recreates the ferocity found on Death Angel’s Frolic Through The Park.

‘Betrayed By Technology’ is a more measured affair that employs unorthodox time signatures and huge cavernous spaces for a musical pummelling that ululates violently. ‘Ritual Of The Mind’ continues at a similar pace as the guitars step back mid song to reveal a funky rhythm section (drummer Pete Webber and new bassist Brandon Bruce) who ensure the song swings like a huge pendulum. Likewise, those who enjoy the groove found in slower thrash tracks with revel in ‘Interface With The Infinite’ with its futuristic sci-fi feel. The brief instrumental ‘Dab Tsog’ is the albums centrepiece then it’s heads down for all out thrasher ‘Phantom Force’. The lead single from the album it’s an abrasive skin blaster that’s then smoothed over with sandpaper.

For some reason Havok’s lyrical realism has caused much consternation in the thrash community which I find rather confusing. With its roots in hardcore punk (the most political of genres) social commentary is deep within thrash’s DNA. You’ll find no songs about Beelzebub or beer bongs here, more a Megadeth Rust In Peace bent with a focus on state intrusion and technological totalitarianism. Slayer were far more terrifying when they sang about real monsters like Ed Gein, and that’s just what you get with the brain scrambling ‘Panpsychism’ and the three-minute warning that is ‘Merchants Of Death’ on which the band visit some classic thrash roots (think early Testament or Exodus).

Standing in stark opposition to the sonic holocaust ‘Merchants Of Death’ is album closer ‘Don’t Do It’. At 8 minutes it’s by far the longest song on the album and it is time Havok use to flex their musical muscles. A song of many suites that constantly evolves it brings to mind the progressive nature of Atheist. The haunting, cascading guitars that open the song regenerate into technical and complex riffs while the guitar solo has a free form jazz sensibility (but thrashy, naturally). The beautiful, neoclassical acoustic guitar that serves as an outro counterpoints the snaky introduction and brings the album full circle and begs you to hit ‘play’ again. 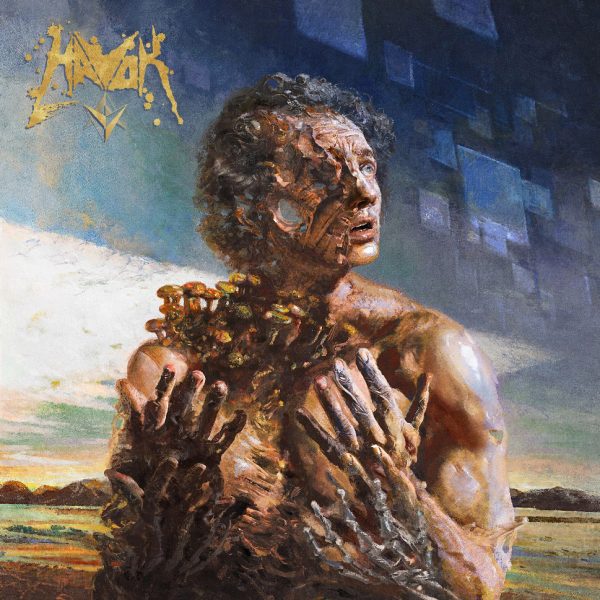