A much-overlooked album gets the reissue it deserves…

A long time ago (-ish) in a galaxy far, far away (well, Seattle), between Badmotorfinger and Superunknown, Soundgarden’s bassist Ben Shepherd set aside his bass, picked up a guitar and put together a band called Hater. Subtle name? Nope. I remember seeing Soundgarden on both of those tours as well as the Down on the Upside tour and witnessing Shepherd becoming increasingly irate with each tour. On stage, his bass became a symbolic phallus through which he sarcastically ejaculated spurts of venom and bile, an object to be battered and beaten, and a weapon to be heaved at his bass rig before storming off stage. With each tour, his motionless stage presence darkened and his dead-eyed stare cast a hauntingly unwavering blackness over the crowd. That Soundgarden were being slowly consumed by the business side of music, you can kind of guess where the band name may have come from but the album’s tone is far from dark.

Opening with a raw, sloppy, garage rock cover of Cat Stevens’ ‘Mona Bone Jakon’ (with extra verses added, much to the consternation of the four(!) publishing companies involved with Stevens’ and the original) threw everyone. A far cry from what Soundgarden fans thought they would be getting, this album would not bow to anyone’s expectations, a stance further cemented by the Velvet Underground-infused ‘Who Do I Kill?’ and the mesmerising garage rock of ‘Tot Finder’. The instrumental ‘Lion and Lamb’ takes a more relaxed but no less enchanting approach, the slack and sloppy grooves returning with ‘Roadside’, a track that threatens to fall apart completely as it proceeds.

While ‘Down Undershoe’ is about as close to Soundgarden as the album gets and ‘Circles’ being the most “accessible” (no doubt the reason it was chosen as one of the two singles from the album), ‘Putrid’ is dirtier and pre-empts what The White Stripes and The Strokes would hope to achieve within the next five years. And so with a cover of country songwriter Billy “Edd” Wheeler’s 1963 single, ‘Blistered’ and the grungy garage slop of ‘Sad McBain’ to close out, this beautiful oddity of an album – criminally long ignored – leaves a lingering taste and a desire for more.

Joined by Soundgarden bandmate Matt Cameron on drums, ex-Monster Magnet guitarist John McBain, and Devilhead’s bassist John Waterman and vocalist Brian Wood (brother of Mother Love Bone’s Andrew Wood), this eponymous debut appeared in September 1993. 2016 and Universal Music Enterprises have reissued it on CD and, for the first time, on vinyl and digitally but, according to Shepherd, it’s the vinyl version that matters. Designed for the vinyl format – artwork to be looked at instead of tentatively taken out of the jewel box and torn by those annoying little clampy things that hold the booklet in place – and as an escape from music industry demands to make music for money, it’s well worth buying and giving many a spin to. Who knows, maybe we’ll see their 1995 album, The 2nd, get the same treatment. And with Temple of the Dog getting back together for a few shows, maybe Hater will too… 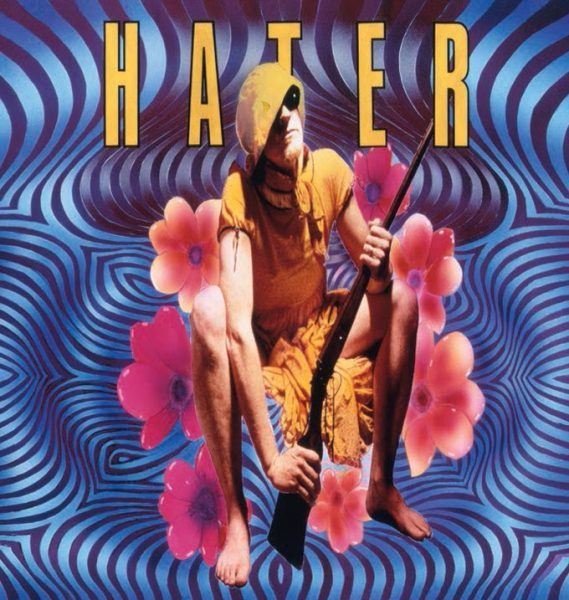