Hailing from the windswept hills of Carlisle Hardwicke Circus must be the UK’s hardest working band. Having clocked up over 700 shows (including support slots with luminaries such as Madness, Bob Dylan, Alabama 3, The Blockheads) the guys playfully bill themselves as “The greatest band you’ve never heard of” but that all seems set to change with the release of The Borderland, a 12 track album that’s sure to propel them into the nation’s consciousness.

A spark in the current gloom ‘Guiding Light’ is an atmospheric opener that’s laden with sumptuous keyboards and sets the tone for the rest of the album. With an unbridled confidence Hardwicke Circus paint their sound with vibrant splashes of colour and ‘Guiding Light’ is bold and brash in a Big Country/Simple Minds kind of way. Three band members provide backing vocals to supplement Jonny Fosters warm timbre; the harmonies are simply sublime and add a depth that demands a thousand voices sing along. Employing the maxim that less is more Andy Philips garnishes the song with his saxophone and, the most sorrowful of woodwind instruments, provides a counterpoint to the upbeat lyricism and that’s just one of many juxtapositions that echo throughout The Borderland.

Hardwicke Circus draw inspiration from a wide range of artists yet these influences are so diverse and jumbled that when reassembled by the Circus they becomes something wholly original. However, I’m picking up the edgier end of the ‘80s (think The Church, Hex) on the angular ‘Walking On Broken Glass’ and especially on ‘No Surrender’. The album’s fourth single ‘No Surrender’ is a slow builder that gently ululates and benefits from a sparse yet full production (those tension of opposites again) and in truth any of these 12 tracks could be culled as a single but there’s something refreshingly old school about The Borderland; it’s an album that ebbs and flows perfectly and will benefit a listen from start to finish rather than just dipping in and out for favoured tracks.

2020 saw 165 shows planned for Hardwick Circus but the band, not ones to let a global pandemic get in the way, instead holed up in a deserted cottage and spent a creative time (documented by the song ‘Lockdown’) writing tracks which would comprise The Borderland. It’s an album that’s constantly shapeshifting from the semi-acoustic ‘Carry The Torch’ to the confident swagger of ‘Nowhere Left To Run’ The Borderland takes many forms. Featuring some pretty nifty guitar work ‘Hands Up Don’t Shoot’ slithers like an electrocuted snake and is an earworm of the highest order that’ll crawl around your cranium for days. Lyrically astute ‘The Ballad Of The Gypsy King’ is a jaunty little number that’s a strange kind of sea shanty and is sure to go down a storm on their upcoming tour. With no signs of flagging ‘Let’s Make New Mistakes’ comes out swinging (like a punch drunk boxer) and is paired with the equally vivacious call-to-arms ‘A reason To Believe’.

‘The Debatable Land’ is a defiant closer that builds towards an epic conclusion; gradually adding layers of sound it’s played with military muster that encapsulates some of the band’s locality and is sure to revoke The Curse Of Carlisle (google it). The Borderland is a strong album that earmarks Hardwicke Circus as the true saviours of guitar based rock. 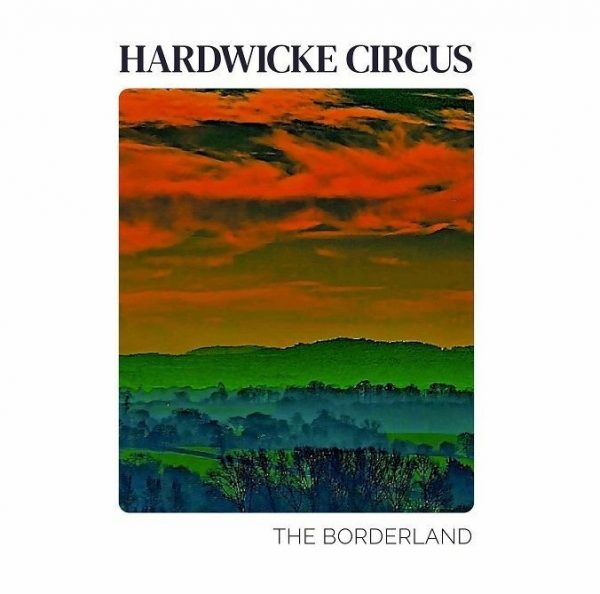