To get the chance to hear an album before its official release is a privilege. To also attend a concert and have the opportunity to tell the band in person how great this album is that only a few chosen ones have heard – this is extra special! I was lucky to have this happen to me at the weekend when the Swedish rockers from H.E.A.T. performed some of their new songs at the Steelhouse Festival in Ebbw Vale, Wales.

The cat was clearly out of the bag with three singles from Force Majeure out already, so H.E.A.T.’s appearance at Steelhouse killed two birds with one stone: got them on stage in the UK again (oh did we miss them!), and helped promote their upcoming album. Or, thinking about it, there was a third bird killed as well: attracting new fans. There were comments from people who’d not seen H.E.A.T. before that “they were pretty good!”

One word can describe these guys: adrenaline. Pure, at that. They have always been explosive and bombastic with their enthusiasm, passion, contagious energy and catchy melodies. When on stage, they create amazing chemistry with the crowd. Kenny Leckremo (their current singer who returned to the band after Erik Grönwall left to join Skid Row) is a spring; he never stops, and trying to catch him still for a decent photo is pretty much a futile effort. His voice hits amazing heights and reminds us again what a good fit he is to the dynamics of the band.

At Steelhouse, they performed some of their greatest hits: ‘Come Clean’, ‘Dangerous Grounds’ and ‘Rock Your Body’ from their previous album H.E.A.T. II, and, of course, their older bombastic classic ‘A Shot At Redemption’. Force Majeure features some great explosive melodies exactly in the style you would expect to hear: ‘Nationwide’, ‘Back To The Rhythm of Fire’, ‘Hollywood’, ‘Not For Sale’. You will most probably find yourself listening through the tracks in one sitting: that’s how good they are.

The musicians also seem to have decided to explore a bit further this time around, so the album  feels like the next step up in their journey. An example of this is ‘Demon Eyes’: a composition that sounds slightly different from their typical sound. Still melodic, it is fiercely speedy (including some very serious guitar solos) and takes the band into power metal territories. ‘Tainted Love’ and ‘Hard To Breathe’, on the other hand, are straying into yet another direction: a bit heavier, steadier, as in the classic heavy rock traditions of Whitesnake, but with H.E.A.T.’ s stamp put on it.

There are also a few curious little details that add a touch of surprise to some of the songs. ‘Paramount’ starts off as a march, nearly as a Soviet style march, and the steady rhythm goes on making it particularly catchy to sing along to. The intro to ‘Hollywood’ may briefly make you wonder if there is an ‘Enter Sandman’ type of song to follow, but no, it goes on to be another brilliant typical song.

Overall, a release that is not to be missed. 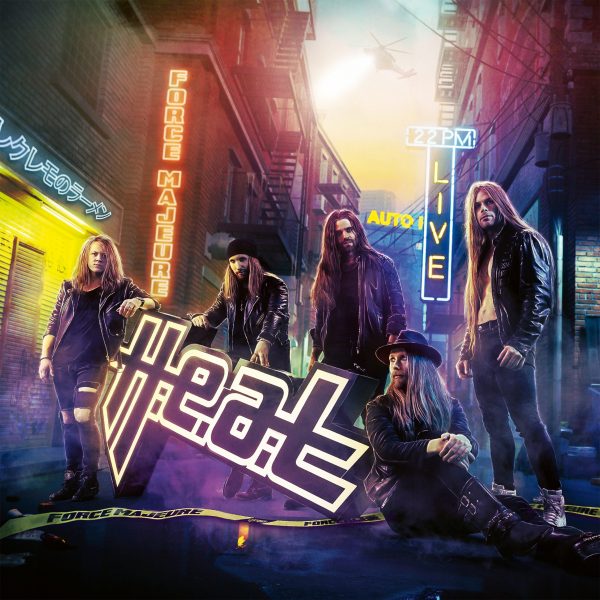