Bring out your dead…. Alternatively play them this debut album from Grymmstalt and they’ll probably flip the coffin lids themselves.

As its title rather accurately reflects, Anthems of Mournful Despondency is a 45-minute journey through the morose, a haunting and grave listen indeed, through which only the whines and the howls of the dispossessed and the damned cascade, starting with opening cut – make that kvlt – ‘Seelenangst’.

So who are Grymmstalt? Well, the sleeve gives little away, just patchy flickering figures in monochrome like some very poorly executed xerox experiment. If you expect second song ‘Wehmut’ to bring things into sharper focus, well let’s just say think again. Once more this is a spartan offering, if there’s life on Mars then it probably sounds like this. Hollow, barren, and curdling more than old milk. This one is not for the faint-hearted and at almost 10 minutes in length not everyone will make it to the end.

If all this sounds best filed under ‘one to avoid’ then you couldn’t be more wrong. Anthems of Mournful Despondency is a fractured listen with more creaks than your old man’s knees, but within this haunting soundscape of the aural abyss lies infinite dark treasure waiting to be explored. 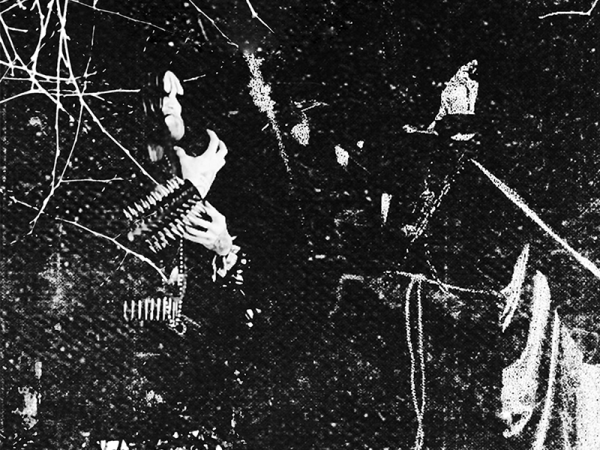 Anally repetitive, and achingly barren, we’re venturing towards Burzum territory at times with this one, although without any of the faster sequences. This album hogs the slow lane like a milk float and no crack of the whip is going to signal a shift in tempo.

Resolutely asphalt in texture, disparate wails filter through a cold sonic shaft of unremitting bleakness. There is no beating heart here, this is very much the end, and the same vacant sounds prevail on the album’s longest piece, the mesmerising ‘Nachsinnen’.

Within the flaking corridors of black metal, academics will mutter under their hoods long into the night as to where the genre is, was or will be. Grymmstalt strip things back to the floorboards, there’s no embellishment. Undercooked is an understatement.

Those wispy figures responsible for this immersive debut are South Americans Wampyric Strigoi (of Wampyric Rites, Dungeon Steel) and Lord Valtgryftake (Rundgard, 13th Temple). The pair have worked together on Winterstorm but Grymmstalt, with flatliner pieces such as the bewitching ‘Nachgiebigkeit,’ is an altogether frostier partnership, final track ‘Schmerzan’ closing the door on these occultish offerings with a morbidly majestic sense of finality. 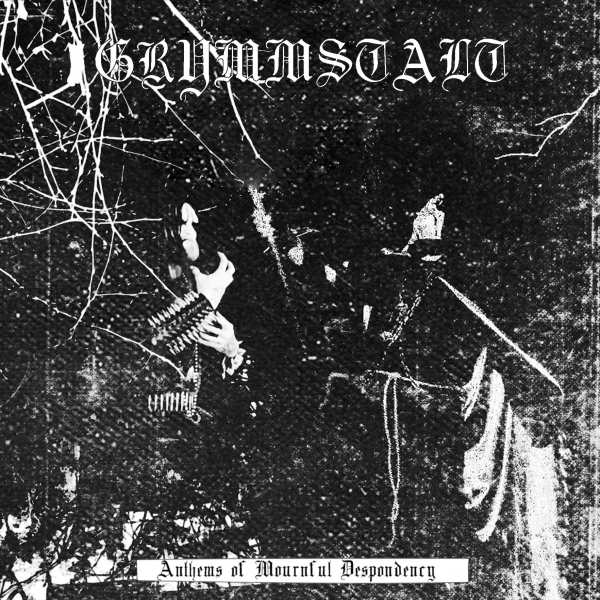