Founded in 1989 in Seattle by members of Skin Yard, following their debut album, Inside Yours (released on independent label, Empty Records), Gruntruck first gained exposure when their video for ‘Not A Lot To Save’ found its way on to MTV. Opening for Pearl Jam in 1991 amid the Seattle rush of media and record label attention, the band would sign with Roadrunner Records who would re-release their debut and, in 1992, their second album, Push. Widely considered the great lost Grunge-era classic, it would be the band’s last full-length released for 25 years. With the videos for ‘Tribe’ and ‘Crazy Love’ getting heavy rotation on MTV’s Headbangers Ball – with Beavis and Butthead singing the latter’s praises no less! – and touring with Alice in Chains for Dirt and Pantera for Vulgar Display of Power, Gruntruck could, would, should have been huge.

At the height of their popularity, Roadrunner’s refusal to accept Polygram’s offer to buy out the band’s contract would push the band to file for bankruptcy. The subsequent legal disputes would have a significant effect on the bandand its output. A 3-track EP would appear in 1996 and would have set the band back on track were it not for singer Ben McMillan’s decision to perform with his back to the audience at a showcase with a host of major label representatives in attendance. Between 1997 and 2003, the band would record what would be their third album which would finally be released in October 2017, nine years after the sad passing of singer McMillan from complications related to an ongoing eight-year battle with diabetes. 2022 and Cherry Red Records have somehow got their hands on 1992’s Push and released a remastered version with three bonus tracks and extensive liner notes and contributions from the band the album producer, Jack Endino.

With Push, Gruntruck eschewed the obvious influences in their sound and established their own musical identity. What should have been an anthem of the era, opener ‘Tribe’ remains a great track and is a portent of what to expect from the album: big riffs, hooks that sink deeper with every playback, and a solid, driving sound by a band that knows how to deliver the heavy. From here on in, the band dig deep into dirty grooves, with ‘Tribe’, ‘Machine Action’, ‘Above Me’, ‘Slow Scorch’, and the title track standing out as the strongest material on the album and a clear demonstration of why this band should have been much bigger. The other tracks are good. In fact, there are no bad tracks on this album. Even the three bonus tracks, one of which is a 16-track demo of ‘Machine Action’, are great. More often than not, bonus tracks are whatever material happens to be lying around from the recording sessions bolted on to the end of the album regardless of their quality, but not here.

Norman Scott’s nuanced drumming, Tim Paul’s dirty bass lines, and the combined guitar work of Tom Niemeyer and Ben McMillan are outstanding, as are McMillan’s vocals. Incredible musicians one and all, it’s a crime that this band didn’t receive the recognition they very much deserved, and an even bigger crime that the band’s trajectory was hindered by contractual obligations that led to their demise. Kudos to Cherry Red Records for bringing this album back into the light. 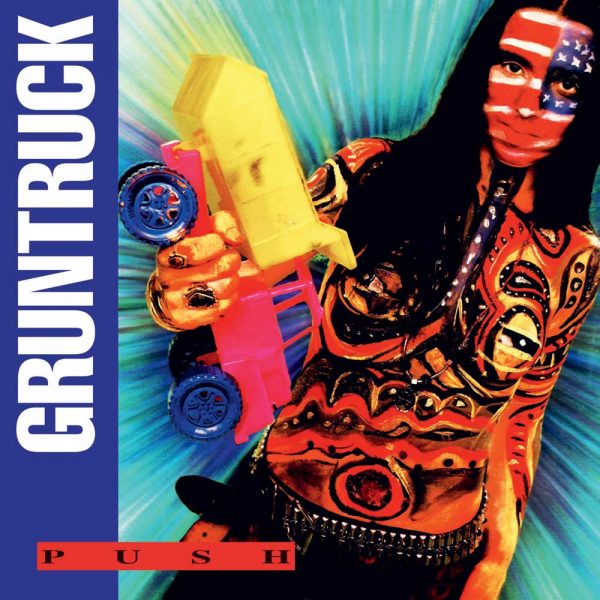