Good things come in small packages? Well yep that’s certainly the case with this two-track release from Graves At Sea. This dark and doomy quartet are now based in Portland. They have been absent friends for about four years and this vinyl release, courtesy of Eolian Empire, marks their return to the arena, albeit with a couple of new faces in the line-up. The title track is a crusty creation that fires up some hellish flames and thick swirling clouds in a kind of stormy cauldron in which only the disposed souls of the damned would feel comfortable. A great ground-shaking opening riff settles in before the curtain is lifted on the full sweeping landscape, with great defiant black metal-style vocals against a formidable throbbing rhythm. Although the tempo is restrained there are plenty of twists and turns concealed within the dark corners.

With this for now a vinyl only release, we can legitimately refer to the ‘B’ side – a cover of Sabbath’s ‘Orchid/Lord of the World’. This 13-minute doom delicacy opens with a gently picked guitar, the tingly opening ticking over quietly with some nondescript background voices creating an ethereal entrance. After four minutes of contemplative reflection that would almost certainly help get a new born baby to sleep the picture is suddenly converted with the dirty bass breaking through the solitude to signal the arrival of the beast. A deafening batte-cry (which would of course wake that baby straight back up) takes us deep into Sabb territory and what follows is a mangled web of menacing riffs with the grooves cut deeply into its foundations. A worthy cover indeed. And so was this two-track teaser worth the effort? Too right it was! 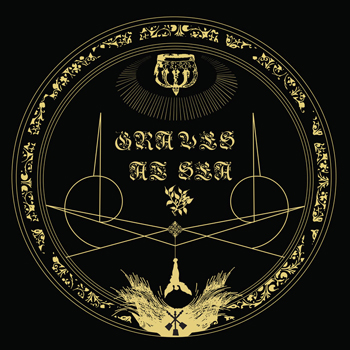