You’ll need your mittens, scarf and pom-pom hat on before listening to this icy split release. The chill winds howl like a banshee through the four songs from Graveland and the mercury level scarcely rises for the following three numbers from Commander Agares.

Both ‘bands’ are essentially solo projects, although Graveland does expand to a trio when relevant to do so. The Polish underground warriors open up the polar pores with the robust ‘At the Shore Bathed by Blood,’ deathly vocals laid bare atop pulsating grooves and with a melody that comes extra chilled. ‘Lords of the Polar Night’ its an even more rigorous arctic stomp.

While Graveland have operated at the more extreme end of the Polish underground scene for more than 30 years, then have lacked the broader appeal of their esteemed countrymen Behemoth and even the rising Polish powerhouse of Mgla.

But they can certainly quicken the pulse and tracks like the medieval-tinged aesthetics of ‘Amber Lantern’ and the demonic ‘Possessed by Steel’ give a good representation of which side Graveyard’s bread is buttered.

Commander Agares is a relative newcomer from the Finnish extreme underground and has the kind of screeched sonically twisted vocal licks that will keep you awake at night.

His three cuts, commencing with ‘Where we are Crowned as King,’ are desolate slabs of black metal that follow up last year’s debut album, Legions of Descending Twilight. Full of swirling atmosphere and infused with bold sonic strokes there remains a tangible element of decay around Commander Agares, even ‘Dawn of a New Morning’ layered with a deathly pallor.

If these two black metal outriders haven’t entered your line of vision before, then Awakening of the Storms allows you to dip your toe into their arctic waters.

Released via Inferna Profundus Records on 13 May 2022 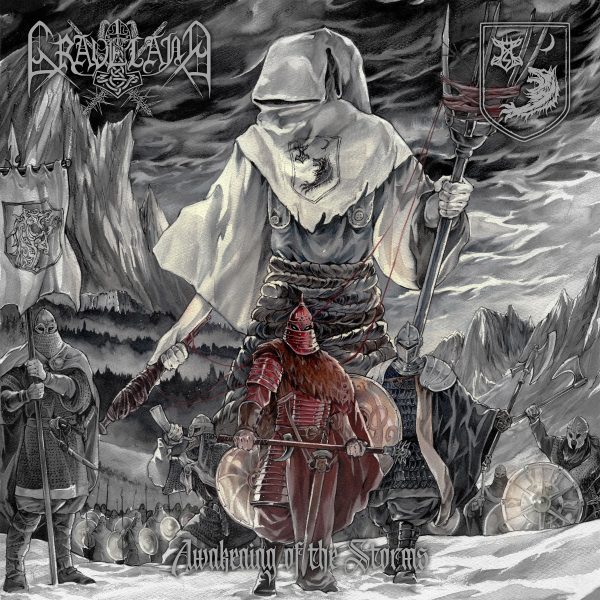