Take it to the Grave

Grave Miasma spewed forth around six years ago, the disfigured lovechild of Goat Molestor. The latter’s output consisted of a couple of demos and an EP so Grave Miasma have already long since surpassed those achievements. While Goat Molestor were a primal black metal beast the change in name was also marked with a notable shift in sound when releasing their first full length Odori Sepulcrorum.

In fact you can measure the progress these Londoners have made since their 2013 debut release by the fact that at the end of this month they’re appearing at Maryland Deathfest and then take their nihilistic eardrum assault to the masses in South America. Grave Miasma adopt the authentic look of the early black metal troops, with more studs than a football club’s bootroom and the habitual graveyard promo pic in which they look a little too at home than is comfortable.

Endless Pilgrimage is a five-tracker that lasts for over half an hour and could be framed as an album or EP, depending on your stance. Officially it has been branded as an EP, so fair enough.

It opens with some soothing oriental chimes of the type you might expect to hear outside a Buddhist temple with a pleasant breeze in the air. This rather comforting image lasts for all of about 10 seconds before Grave Miasma launch into the throbbing album opener ‘Yama Transforms to Afterlife’, a really putrid piece with a haunting mid-song riff sharing space with some bludgeoning drums.

There’s more mid-tempo insanity on ‘Utterance of the Foulest Spirit’ the stench of which does a pretty good job of infiltrating your speakers. The sound is threatening and smeared with the aroma of death and decay. 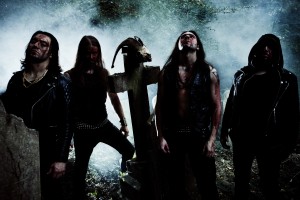 The occult outfit combine death metal growls, with a deep pummeling bass with a black metal soul, albeit one totally twisted and tortured. Seeking any signs of humanity within this contorted cauldron of satanic bile is unlikely to prove fulfilling.

The ante is upped on the faster paced ‘Purgative Circumvolution’ during which a succession of time shifts throw you off balance before Grave Miasma pick up the thread with a flurry of blastbeats and searing fret work angry enough to silence a rabid German Shepherd.

‘Glorification of the Impure’ features some savage shredding with licks sharp enough to carve up a Sunday roast but much much messier. It’s full on carnage for a couple of minutes – just mind the gravy boat! It’s actually a track penned when Grave Miasma were still functioning as Goat Molestor but their decision to reprieve it here is certainly vindicated with its vicious hooks gouging away at your eyes.

‘Full Moon Dawn’ at almost nine minutes the longest of the five tracks, opens with a mountain size riff and proceeds down a succession of dark cold corridors from which the sense of evil permeates from around every corner.

Endless Pilgrimage is old school stuff but sounds vibrant enough to grip you by the throat and pin you to the wall while your innards are extracted through your back passage. If you’ve never been on a pilgrimage now might be a good time to start. 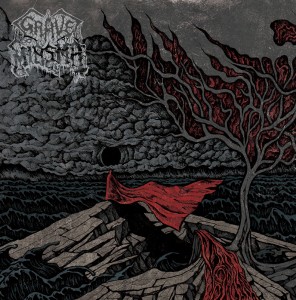