Released by Nuclear Blast on 13 January 2017, and reviewed by Brian McGowan

One of very few bands to be named after a mountain range, Gotthard embark on their “25th Anniversary Tour” next month, an 18 gig slog through mainland Europe, immediately followed by three double headers with Krokus at the “Rockmonsters Of Switzerland” Festival.

And so, life goes on for Gotthard, a marriage of musicians that has survived the death, six years ago, of Steve (Stefan Alois) Lee, the vocalist who put an indelible signature to their sound. It’s a loss that could never be recovered. But pragmatism eventually overtakes sentiment, and it’s probably deliberate that there’s nothing reverential about his replacement, Nic Maeder’s vocal style… there’s a sensuality in his voice, relying on seduction as well as conversion to win us over.

Gotthard were never in thrall to metal or even heavy rock, they picked their path carefully through the murky waters of the post rock landscape. And even now, as they continue to style themselves as a hard rock band, their songs are frequently shaped and formed in pop music’s verse bridge hook/chorus tradition. Silver is the band’s twelfth album, and third with Maeder.

The powerful second track, ‘Electrified’ begins life as a taut, battle hardened bruiser. Its transformation, over the bridge and chorus, into streamlined melodic rock, is entirely down to Maeder’s reductive vocal and producer, Charlie Bauerfiend’s inventively sweetened, fan friendly arrangement… notable features that come up time and time again.

‘Stay With Me’ and ‘Reason For This’ are melodic and muscular, illuminated by the constant glow of an insistent string section. ‘Beautiful’s surprisingly contemporary, but warm and friction free poprock arrangement, combined with ‘Miss Me’s wholesome reserve in delivering a refreshingly innocent lyric are genuine delights. They show a confidence and a maturity in a group of musicians whose personal loss would have capsized a lesser band.

Arguably, ‘Reason For This’ and ‘Not Fooling Anyone’ map the co-ordinates of the band’s ultimate destination. Leo Leoni’s measured power chords, mixed in with acoustic guitars and a naggingly familiar piano motif are orchestrated by Bauerfiend and the band like they cherry picked from the world’s best powerpop templates. The tracks are filled to the brim with imaginative touches and are peppered with fragments of melodic rock class that may even resound with general audiences as well as genre afficionados.

Even the band’s seventies rock indulgences, ‘Everything Inside’ and ‘Tequila Symphony No.5’ overlay the howling, wailing guitars and bluesy Hammond organ with spine tingling strings, sparingly applied at the moments of maximum impact.

Silver is a bold and intriguing album. It lacks the immediate excitement and visceral thrills of previous recordings, but the payoff is worth the wait. 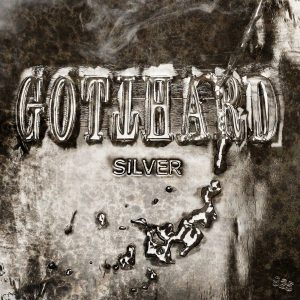