So, minimalism. How do you define it? Is it Keith Richards, slumped in some Jamaican studio, paring down another Jack soaked riff to its bare bones? Or is it the White Stripes and their adherence to drum, guitar and analogue recording equipment? Or is it Tennessee drone dude Goryl, who has released this double album of solo guitar instrumental drones as a limited edition 77-copy run on high-bias chrome cassette?

My money’s on the latter. This, ladies and gentlemen, is as minimal as it gets. It makes bands such as Earth or Barn Owl sound positively orchestral! It’s just a guy, his guitar and a touch of distortion, playing one or two riffs with a minimum of variation. Endlessly. Off into the twilight. The pace is funereal. Oozing, crawling, occasionally sidewinding through the Tennessee dust, but never straying far off course.

The whole double album has a consistent tone and sound, sounding as though it was recorded in one lethargic sitting. Its heaviness comes from its insistence, intensity and repetition. The guitar is distorted and fuzzy but not huge – it’s spindly and spidery, wiry and menacing. There are hints of country, blues, psyche and doom but it is none of these… or is it all of them? It has a slightly sloppy, stoned, one-take feel. Which is nice. And the lack of info about the anonymous Goryl only adds to its tumbleweed strewn mystery.

The title track of Side 1 has a 4 note riff that sounds like a fried, fucked up, Southern variation of the chiming intro notes of ‘Shine On You Crazy Diamond’. There are nice little flicks and twists that keep you listening but as time progresses they fade away and it becomes increasingly monotone. The songs bleed into each other creating a background noise, a pall of fuzz hanging over the whole thing. Patience is required; listening to this in one sitting becomes an endurance trial. You wonder if Side 2 will be doomier… but no, it continues on its lumbering, lazy path.

This would make brilliant soundtrack music. It’s like a scuzzy, amped up, inbred cousin to Ry Cooders ‘Paris, Texas’ soundtrack – it has that same barren sparseness but with added menace. I kept picturing Daryl from ‘The Walking Dead’, its perfect lethal hillbilly mood music! But more than anything it reminds me of Neil Young’s brilliant ‘Dead Man’ soundtrack where the then Godfather of Grunge plugged in and howled along to Jim Jarmusch’s bizarro, black and white postmodern western.

This album can be listened to in two ways: as background music or pored over intently, picking out every minute variation. But, be warned, listening to it in one go is tough. Two or three songs at a time allows you to better appreciate its repetitive (have I mentioned that it’s repetitive?) subtleties. It’s not for everyone, it could do with something to add a splash of colour – the occasional texture of an acoustic rhythm guitar or Mark Lanegan style vocal moments, but if you’re a serious dronehead then you ought to give this a try. 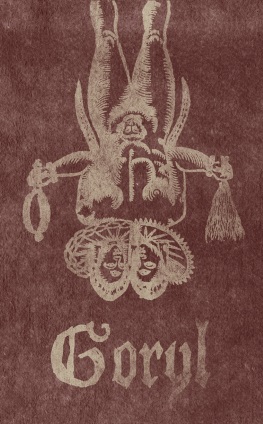