Released in 1978, the comparative sophistication of Who Cares showed us how far the band had come. Goddowitz was looking at the stars. It was only the bleakness of his lyrical ambition that held him back. And like all bands whose music is impossible to pigeonhole, Goddo were not the media darlings that their ambitious, often ferocious, frequently far reaching music deserved.

The sweeping strings and polished, double tracked vocals that eased opener ‘Tough Times’ into the more energetic ‘Cock On’, told us much of what we needed to know. That the follow up might lack the roughed up bite and sting of the debut, but in its place, a more adventurous sound had emerged. From the sweet, evocative tones of the harmonica that snakes through ‘You Can Never Go Back’s westcoast harmonies and imaginative production touches, to the pop boogie of ‘Drop Dead’ and ‘Sweet Thing’, two slices of Brit Glam percolated through seventies hard rock. And oh yeah, not forgetting the funk rock groove of ‘There Goes My Baby’ (not that one).

There is a multiplicity of bonus tracks here… a veritable cornucopia of Goddo arcana. Out takes, alternate takes, bed tracks and best of all, monitor mixes – a blow by blow record of how the songs and the music progressed through the studio process.

1979’s An Act of Goddo took a step back into the strut and clamour of the debut. A meat, two veg power trio hard rock trip, updated to reflect the influences emanating from across the pond.

Opener, ‘Anacanapanacana’ was probably the last lingering after-image of Who Cares – an orchestral piece jigsawed together from all the melodies to follow on Act Of . . . And from there we hurtle headlong into the stoked up clatter and clang of ‘So Walk On’ and ‘You’re So Cruel’, pausing reflectively only for a moment for ‘Chantal’ . . . an affecting love song sketched ’round a lilting accordion.

But the real highlights are ‘Sign On The Line’ and ‘Rosie’, where axes and saxes combine to emulate a raucous, rollicking hard rock that’s reminiscent of Mott The Hoople. And you can imagine this live – rock’n’roll as raw theatre. The way it should be consumed . . . some might say.

As we’ve come to expect, Rock Candy reissues are dressed in the Collectors ‘Edition finery we’re familiar with – newly discovered pics, informative essays, and of course. . . the sound. The real trick of remastering is to make the listener forget that the originals were recorded 40 years ago. I did, you will too. 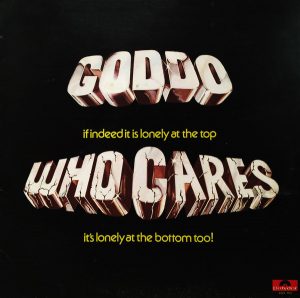 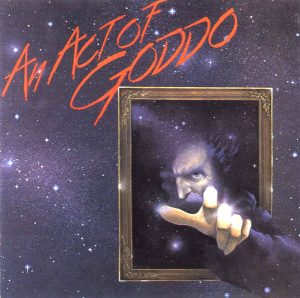