From its inception, England born Glenn Shorrock was the vocalist and front man for one of the most popular and most litigated bands in Australian rock history, the “30 million albums sold” Little River Band, then he wasn’t, then he was, then he wasn’t again (confused? See Wiki).

During his first tenure, 1975 – 82, he wrote and recorded some of the finest songs in the LRB cannon. Now, he has re-recorded The Hits Live In The Studio with producer Steve Balbi at the helm. Balbi knows a little bit about getting the best out of a singer, handling lead vocals for his band Electric Hippies back in the 90s, and as bass guitarist and backing vocalist behind Jon Stevens and Angry Anderson respectively, with legendary Oz bands, Noiseworks and Rose Tattoo.

Not that Shorrock is noisy or indeed angry. In fact his husky tones and easy going delivery have further developed an incredibly strong but deceptively mellow sense of equilibrium over the years. It is particularly affecting in its addition of a distinct gospel feel to his everyman ode to Oz (and Elvis), ‘Home On Monday’, and in putting a fresh, down home country spin on ‘Take It Easy on Me’, one of the bands several US Top Ten hits.

Opening track, ‘It’s A Long Way There’ is an apt introduction to the LRB’s sharply written soft rock. It’s little wonder that their music, occasionally spiked by a welcome guitar crunch and smoothed out by cool hooks and harmonies led to comparisons with The Eagles and The Doobies. 40 Years on, the way in which Shorrock wraps his voice around yesterday’s words and melodies is so intense yet so loose limbed. What was last century’s soft rock is today’s late nite listening.

That notion is especially noticeable on the sweet country rock of ‘Help Is On Its Way’ and Shorrock’s world class ballad, ‘Cool Change’. Both are inhabited by sounds and spaces not heard on the originals, cushioned by the production’s analogue warmth.

It helps of course, that Shorrock has a really tight band behind him, who step up when they need to, providing him with a sympathetic platform of solid – and occasionally exciting – musicianship. Jak (brother of Stephen) Housden adds spare, clean picked guitar textures here and there, most notably on ‘Shut Down Turn Off’ and ‘Reminiscing’. And classy backing vocalists, Glenn Cunningham and Hugh Wilson step in to add soothing, strengthening harmonies at those moments where Shorrock’s vocals take on a delicately shaded, careworn fragility.

Given what came before, it shouldn’t really be a surprise to us that Shorrock is rediscovered here as a winningly soulful interpreter of his own material. 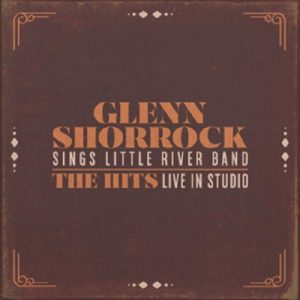