In more ways that one, tonight’s gig is no ordinary concert. Following the government guidelines to the letter, and socially distanced, tonight’s event is perhaps the very antithesis of a punk gig and an air of expectations hangs heavy: will it work? The brave souls attending their first live outing in six months must fill out a form, have their temperature checked and then, upon entering the venue, are guided to rows of seats where once there was a sweaty throng. 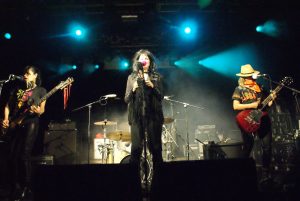 Of course, all this is a small price to pay for some long overdue live music and breaking the live embargo in the best possible style are London’s very own The Priscillas. A badass female quartet from Holloway they hit the stage like Wagner’s Valkyries and proceed to knock out the crowd with their pleasing garage/punk/psychobilly amalgamation. Imagine The Cramps jamming with The Supremes after imbibing amphetamine and you’d have something approaching The Priscillas. Case in point being ‘Jimmy In A Dress’ which, liberally soaked in melody, juxtaposes sublime harmonies with angular, abrasive chords. Vocalist Jenny Drag, with a touch of Siouxie Sioux, is every inch the star and confidently commandeers centre stage. With new material promised soon future mayhem beckons. 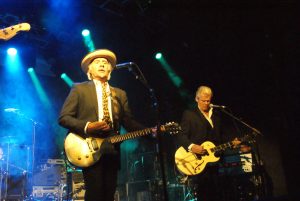 Using Booker T’s ‘Green Onions’ as an introduction is a wise move and it gets the audience in a certain groove and it’s one amplified as Glen Matlock and band arrive with all guitars blazing. Despite the live lockdown Glen & Co are showing no signs of rust and belt out pertinent opener ‘Won’t Put The Brakes On Me’ like a well oiled machine. Looking happy to be back on stage ‘Wanderlust’ follows along with the humorous ‘Sexy Beast’ and the mean and moody ‘Constant Craving’. Powered forth by a solid rhythm section some in the crowd look anxious to jump out their seats for a good pogo when ‘Hook In You’ is unleashed, it’s that kind of music, but protocol says no. 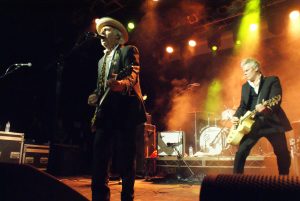 A whimsical cover of Scott Walker’s ‘Montague Terrace (in Blue)’ begins rather sedately and builds towards something monolithic as Neil X (Sigue Sigue Sputnik) effortlessly pulls impossible sounds from his guitar. ‘Consequences Coming’ and ‘On Something’ wrap biting satire in delicious tunes while ‘Electricity’ (from 2010’s Born Running) still sounds fresh and vibrant. The classics keep coming in the shape of ‘Can’t Be Myself’ and ‘Couldn’t Give A Damn’ and all are rewarded with rapturous applause. Bathed in blood red light the band launch into ‘Pretty Vacant’ which is normally the cue for the pit to erupt. Obviously, that doesn’t happen but the crowd require little prompting to call-back ‘Vacant!’. Neither like the Pistols’ or the Rick Kids version, only existing somewhere in between, ‘Pretty Vacant’ a fine way to end the set. 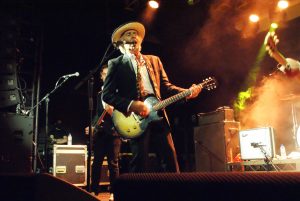 The band return for two well deserved encores in the shape of ‘Keep Pushing’, which has become Glen’s theme tune, and the pinnacle of tonight’s show ‘All Or Nothing’. Turning The Small Faces classic into a wall of sound that instigates a huge sing-along ensures this gig will live in the memory for a long time, and for more than one reason. 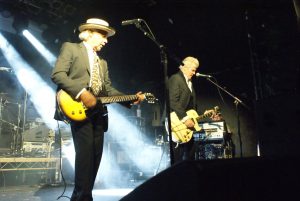 Won’t Put The Brakes On Me

I Want You Back

Couldn’t Give A Damn