Considering that Jeff Beck refused to believe that the lead guitar work on this band’s 1980’s single, ‘Race With The Devil’, was performed by women, there are two things we can surmise. First, that with his obvious sexist bias, Jeff Beck would have been the perfect lyricist for Steel Panther (somebody somewhere will no doubt be outraged by that comment), and second, that Girlschool’s musicianship was not only on a par with, but much better than their contemporary – and very hairy – male bands. But Girlschool didn’t give a shit what any of their contemporaries thought, whether male, female, or a combination of both. And they still don’t. Released through Cherry Red Records, this five-CD collection is a celebration of Girlschool’s 40-plus years of rock and roll defiance and determination that delves right back to the band’s pub rock roots when they were known as Painted Lady.

Formed in the mid-70s, Painted Lady were primarily a cover band and the fifth CD here brings together an entire live performance of the tracks that the early incarnation of this band performed during those formative years and would have a significant impact on their own identity. The sounds of clanking beer glasses and muffled conversation serves as an almost amusing backdrop to this performance of a young and somewhat innocent yet determined band that would soon make a significant impact, not only in the boisterous, smoky, and sticky-carpeted venues that they were playing at that time, but on the emerging NWOBHM scene that was developing in Britain at that time. Their cover versions of Deep Purple, The Beatles, Bob Dylan, Chuck Berry, Hendrix, Free, and the like included here demonstrate a band unafraid to put their own stamp on well-known songs by well-known bands and show audiences that they were much more capable than the male-dominated music scene of the time would give them credit for. But again, this band didn’t give a shit. If the audience wanted to judge them by their appearance, it was the audience’s loss. They were out to make music.

On 19th February 1978, Painted Lady ceased to exist and Girlschool’s long career began. While their association with Motörhead certainly helped, it was the band’s determination, musicianship and the sheer quality of their songs that would put Girlschool on the musical map of the 1980s. Documenting their career from 1979 to 2002, the first four CDs of this box set illustrates the range, diversity, and versatility of this band, a band that never once ran out of ideas or failed to deliver high octane rock ‘n roll. What is clear across this 30-year collection is Girlschool’s distinct British identity. Had they decided to go to America during their 80s heyday, it would clearly have been a disaster. The very lucrative music industry of that time was not ready for Girlschool. Indeed, such was the strength of Girlschool’s British roots that the industry was incapable of understanding what it was that made this band who they were – and remain to this day. Whilst commercial success would have no doubt been very tempting, it would have been no replacement for the integrity that the band have maintained throughout their long career.

With a 60-page extended essay from NWOBHM expert John Tucker, numerous rare photos, articles and memorabilia from throughout this band’s career to top it all off, the packaging of this five-CD collection is outstanding. But it’s the music – over 80 tracks of covers, collaborations, and originals – that makes this collection more than worth your time. Highly recommended. 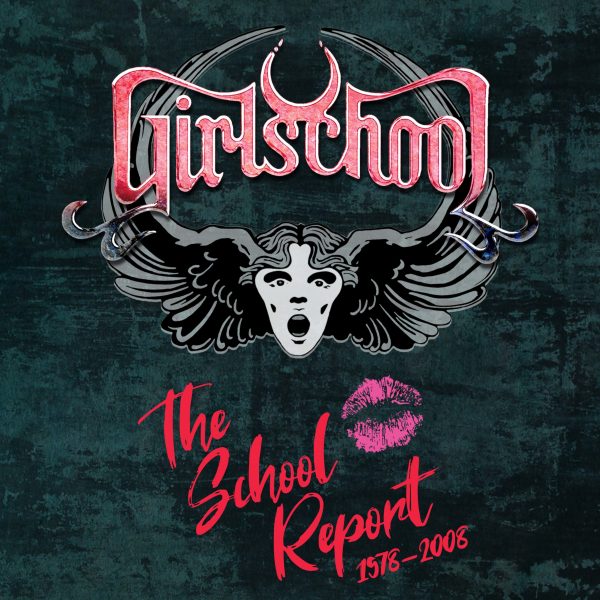