Homogenised by Rock Candy Records and stirred up by Brian McGowan

Glamrock became an integral part of the UK rock’n’roll subculture in the seventies, but as it ran out of dreams and direction toward the end of the decade, it inadvertently passed the torch to a bunch of impressionable US Rock bands, who rose to prominence in the eighties. Kiss, Motley Crue, Poison and so forth.

Meanwhile, back in the UK, a handful of homegrown Rock bands, still teetering on their stack heels, continued the fight. One such band was Girl. That this band was the breeding ground for Def Leppard (Phil Collen), LA Guns (Phil Lewis) and a significant part of the UK film industry (Gerry Laffy) has been well documented, but their two albums – Sheer Greed (1980) and Wasted Youth (1982) have been largely forgotten. These two extended remasters correct the balance.

Putting the androgynous look very much to oneside – it was an image, not a lifestyle – the band come out punching hard from the bell. You can clearly hear the unmitigated punk chutzpah of The Stooges in these songs, like some shared DNA string that stretches across the Atlantic, but songs like ‘Hollywood Tease’ and ‘Lovely Lorraine’ owe just as much to the in-your-face garage rock of US sonic pioneers, Television, as they do to the Glamrock of the previous decade. Elsewhere, ‘Heartbreak America’ and ‘Do You Love Me’, a Kiss cover, point emphatically (and perhaps longingly) toward the stadiums of the USA. The album has an overload of energy and some great pieces of songwriting, it maybe just needed someone to set the compass.

Only two bonus tracks, but what massive bonuses they are. An uncompromising, yet neatly synchronised version of the Kinks’ ‘You Really Got Me’, and ‘Love Is The Game’, a Russ Ballard penned song, off the third album, later a vinyl single.

Still cutting manfully against the grain of UK contemporary rock of that era – Gothic, New Wave and so on, Girls’ second album, Wasted Youth, didn’t quite seem like a move forward from Sheer Greed. That said, it remains to this day a unilateral act of defiance, a two fingered salute to the emotionally empty, style-over-substance glamrock that was overwhelming the USA like some bandana wearing version of the Giant Hogweed.

We’re only a few bars into the torqued up, screwed down hard rock of the title track, and we can clearly hear that Lewis has perfected the sneering, whiplash vocal with attitude, which he again deploys on ‘Overnight Angels’, squeezing out every howling moment of emotion, in step with the lean, mean rock machine the band had become.

‘Ice In The Blood’ too is a real standout. A rock’n’roll terracing chant wrapped up in barbed but beautifully crafted Hendrixian voodoo magic from Laffy and Collen, technically exact and heart racing at one and the same time. Yet, The grown up rock sophistication of the bluesy, balladic ‘Old Dogs’, might just be the album’s high point.

With Wasted Youth they’d thrown a rope around the musical chaos of the times and pulled it to their breast. But, guess what? The label didn’t understand what was going on, and let them float off into space. Another familiar story. Sad But true.

The band’s Live At The Marquee album, from 1982, is widely touted as one of the better rock band live albums from the eighties. With good cause. The whole 12 track gig is here in its entirety, on a second disc, giving the words “bonus tracks” a new definition.

The fact that both albums have been sumptuously remastered by Rock Candy’s crack team of technical wizards is also, once again, cause for celebration, as are the “added value” liner notes. A powerful combination indeed. 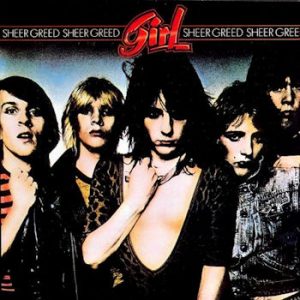 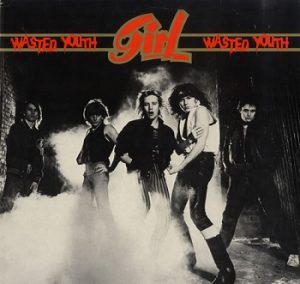