Hailing from Milano, Italy Giöbia are a smorgasbord of all that’s cool and heavy. Mixing 60’s garage with 70’s space rock and Italian prog with a love of retro horror soundtracks may sound like an eclectic brew but it makes their latest album Plasmatic Idol a pretty heady mixture.

Opening with a seven-minute instrumental, ‘Parhelion’ is a track designed to transport you to another dimension. Acidic visions for the mind, it’s very suggestive music that utilises different sounds and atmospherics to alter your very consciousness. Like Pink Floyd at their most sinister (think ‘Run Like Hell’), ‘Parhelion’ arrives like an alien craft with a wall of synths and juxtaposes soaring guitar with descending scales of retro organ. The track almost breathes as different instruments are brought forward and then receded and the effect is rather hypnotic and cyclical as motifs are foreshadowed and later repeated. A walk through a moonlit graveyard the distinctly horror undertones creates an eerie vibe as the track gently returns to earth. A false sense of security is shattered by the thunderous drums that herald the arrival of ‘In the Dawn Light’. Drenched in glorious feedback the guitar riffs heavily while the vocals, soaked in reverb, are slightly unintelligible which always adds an air of menace.

Those unfamiliar with the genre of psychedelia may think of sunny San Francisco but Giöbia are more bad acid, bikers running amok at Altamont as the title track evidences. Retro synths and organs bubble away like the soundtrack to a 70’s dystopian drama and if Jean Michel Jarre had played psych I imagine it’s sound a lot like this. Dreamlike and otherworldly ‘Haridwar’ brings to mind Barratt-era Pink Floyd with the guitar constantly revolving and the organ swirling different hues like a lava lamp. Patiently building sonic soundscapes that encase the listener within walls of guitar ‘Haridwar’ reveals itself to be a monolithic beast. Full of neat time changes and peppered with Middle Eastern flourishes it is a dizzying affair that’s akin to looking through a kaleidoscope. One of those rare bands who seem to alter the very fabric of time as ‘Far Behind’ is such an immersive experience that its seven and a half minutes seem to pass in two. A song of many suites, the ethereal guitar lines capture the vastness of the sky whilst the drums, suitably distorted, capture the claustrophobia of a catacomb.

For all their inventiveness Giöbia remain strangely memorable and many of these melodies will remain with you long after Plasmatic Idol has stopped spinning. Case in point being ‘Heart of Stone’ which is underpinned with a strong song sensibility and a haunting refrain and surely would have made the charts if released in the heyday of psych. A fitting finale and fully exploring their love of 70s horror films ‘The Mirror House’ is a chilling song that reflects refrains introduced earlier and gives the whole album an almost concept feel by connecting the past with the present. Totally driven by the bass and drums flashes of guitar illuminate the darkness as some choice spoken samples add an oppressive feeling.

Produced by vocalist and guitarist Bazu and mixed by Brett Orrison (Black Angels, Jack White) Plasmatic Idol is best listened through headphones to fully appreciate all the subtle nuances hidden deep in the mix. Whatever your listening preference Plasmatic Idol will always be a rewarding listen. 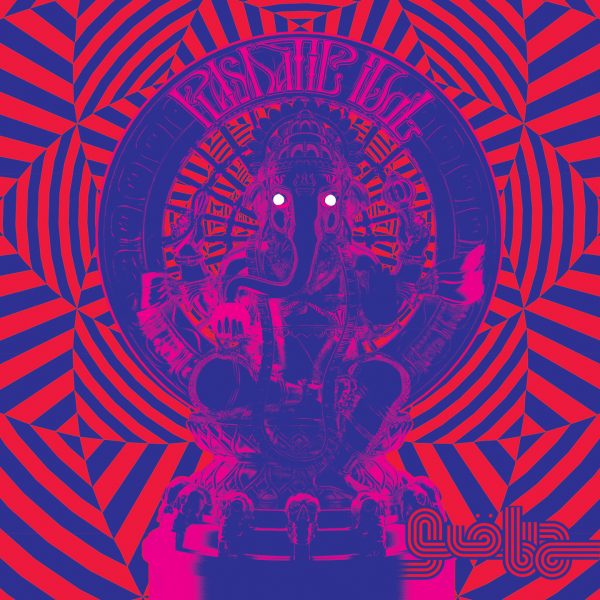