A new year, traditionally a time of change, of reflection, of quiet contemplation and self examination. Of standing back, taking a breath, reconfiguring, of a certain degree of solitude. If you can relate to any of this then Sheffield 4-piece Gilmore Trail may have just supplied your soundtrack.

This is the bands first album since 2015’s ‘The Floating World’ and is, as ever, entirely instrumental. It deals with themes of, as you may have guessed, impermanence (see what they did there). It’s an album about change, uncertainty, transition – pretty damn universal themes at the moment and, as you begin to lose yourself in this album, you’ll realise that it’s also quite a delight.

Gilmore Trail are a band who like to take their time, their songs take you on audio journeys, allowing you to write your own script. They don’t preach, they guide. They’re along for the ride. The songs generally follow the tried and tested post rock formula, moving from gentle, scene-setting intros to louder moments of catharsis before heading back into calmer waters. These are songs of light and shade, ebb and flow. They are named after a passage in Alaska which is famed for it’s spectacular views of the Northern Lights – and that’s their vibe, get outside, chill, appreciate the awe-inspiring.

Opening track ‘Ruins’ sets the template. There is a hum, a gentle wash of sound, plinks of guitar. It builds, slowly and softly. A spindly guitar line leads us into a melody – it rings, chimes. And then, almost imperceptibly, it changes up a gear, guitars briefly howl before relaxing again. It’s stately, recalling post rock titans ISIS at their best. Suddenly the guitars take off again, roaring now – distorted, lumbering. A majestic edifice of sound is crafted. It pummels brutally, single chords bludgeon underneath a circling solo before it builds to a genuinely towering finish.

And on it goes. “Sound practitioner” Sally Blyth guests on ‘Distant Reflection’, adding singing bowls to the melee, it almost descends into chaos at the end – where special mention must be made to new drummer Bob Brown, who weighs in with a phenomenal performance. And yes, you read that correctly, post rock fury with added singing bowls!

There are two much shorter songs here which almost serve as palate cleansers, brief calming respite’s between the ten minute bursts of emotional intensity, and very welcome and well placed they are too. But let’s focus on the big stuff.

Saxophonist Martin Archer joins the fray for the brilliant ‘Echoes Of Solitude’ which also contains snippets of whale song, wave sounds and field recordings to create a very rustic, ambient, nature based canvas for the band to operate upon. As ever, the huge guitars eventually stake their claim upon the song, working to combine fearsome post rock riffage with free jazz – as with the singing bowls, a fairly unique combination, but do they ever work.

We finish with the brilliant title track, which moves from summery lightness to spellbinding, hypnotic riffage and from there to utter dischord, more gorgeous moments of calm, and, from nowhere, a new riff which manages to be heavier still than anything that has come before. And before you know it, it’s thunderous momentum disappears. It’s over.

This is a fine album, possibly the band’s best yet and will hopefully be heard and enjoyed by many. It achieves that rare feat of adding some new vocabulary to a tried and tested genre. Give it a go, it could be the soundtrack to your salvation…or apocalypse.

Released on 21 January 2022 by Chasmata Records 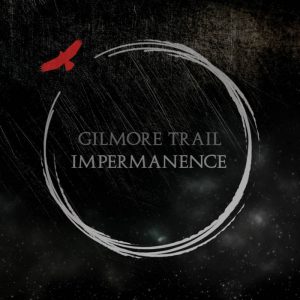