You could be forgiven for thinking that a two-piece rock band would be constrained by a whole host of musical limitations. Well, think again because Ghosts Of Men are here to shatter any pre-conceived ideas and their second album Exhale is a smorgasbord of all that’s good and heavy which fractures in some unexpected (but rather nice) directions.

Opening with a remixed version of 2017’s ‘Breathe In’ it immediately becomes apparent that Exhale is no ordinary album. An elongated, deep intake of air ‘Breathe In’ is a slow builder that, like a tumble weed rolling and picking up matter, gradually evolves into something huge and expansive. Adding weight to an already heavy number ‘Breathe In’ is a fine introduction that creates a foil for next track ‘Tell Me Why’. A ball bouncing perpetually between two walls ‘Tell Me Why’ is an angular affair that encases the listener within a maze riffs and the vocals, flitting from speaker to speaker, only serves to disorientate you further.

I know it’s sacrilege to compare any band to Black Sabbath but in the case of Ghosts Of Men, and in particular ‘Crooked Back’, it happens to be fairly apt. If you’re wondering just how heavy a guitarist and drummer can get then the answer’s here: like two elephants copulating it’s a monolithic sound that hangs oppressively like a grey, leaden sky. ‘Trouble’ (quite literally) follows and would perfectly soundtrack some really cool film noir (think Psychomania) and despite delivering a musical pummelling it’s a groove laden affair. Ghosts Of Men, like the mighty Sabbath, never lose sight of important stuff like song structure and melody which renders ‘Trouble’ (and their ilk) strangely danceable. 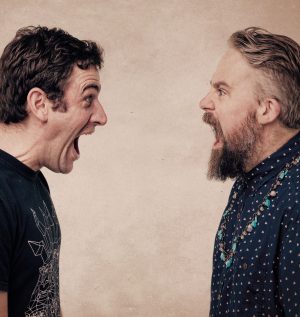 I’m hearing shades of Soundgarden and Tad in Ghosts Of Men’s operandi but they’re definitely their own band and, in moments of existentialism, they step outside a song like ‘It’s Okay’ to add a touch of humour (an oft overlooked facet) and that’s just one of many juxtapositions which makes Exhale such an intriguing listen. The acoustic ‘I Don’t Feel Right’ adds a touch of litheness making the following hard-as-nails ‘Hold On’ all the more powerful. A guest spot from Samantics adds a rap flavour to ‘Hold On’ which sends Exhale on an uncharted tangent before a live version of ‘Bullet’, punctuated by huge white spaces, finds Ghosts of Men on more familiar ground and concludes the album in truly raucous fashion.

Having toured all over Europe and with a growing, impressive discography it seems the sky’s the limit for Ghosts Of Men. 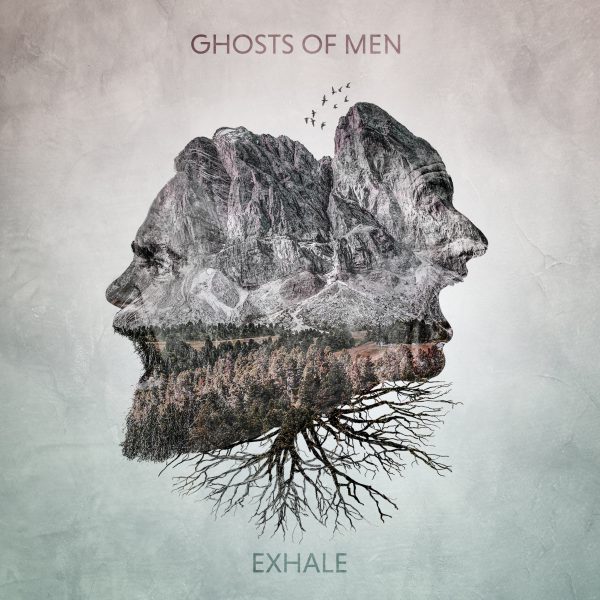