All that sparkles is not Ghold, or is it?… Paul Castles checks out their new album released by Crypt Of The Wizard on November 3, 2017

Ghold’s new album Stoic is an intriguing release on a whole variety of levels ranging from the music itself, to the recording venue, right through to the label on which it was recently released. So to the music first… Stoic is Ghold’s second album and across the six tracks they show a level of experimental and inspirational choices that enable this record to poke its head above the parapet. Ghold aren’t so much as here to entertain you but to challenge, provoke and question.

‘Nothing Dreamt’ is the nine-minute long opener and is in itself an extraordinary composition, pushing and pulling, usually at the same time. A bit like someone trying to join one of those fantastic US skipping crews, you don’t quite know where to jump in and when you do you’re not quite sure how to step back out.  Like peanut butter, textures deviate between rough and smooth, as a range of emotions are explored although the overriding one appears to be of anger and rejection.

The instrumental ‘Blue Robe’ follows and is less animated. It’s an ambient track carrying hallucinogenic hints of the beguiling 80s indie legends the Cocteau Twins. The almost aqua-like tranquillity is eventually shattered by the violent onset of ‘Ruptured Earth (Head in Sand)’ which opens with the savage bite of a shark attack. The drums rattle furiously while the vocals are demonstrative with chastening chants such as ‘Calm yourself, you’re helpless’ and ‘And less and less and less pleasure.’

‘Fæder ure’ is a completely industrial track straight from the rusty factory floor. Initially the anvil appears to fall slowly and methodically but eventually momentum starts to gather, the crashes land more frequently and with greater venom as desperate cries start to compete for attention in the same vacuum, the two interlocking mediums simultaneously climbing towards a crushing crescendo. 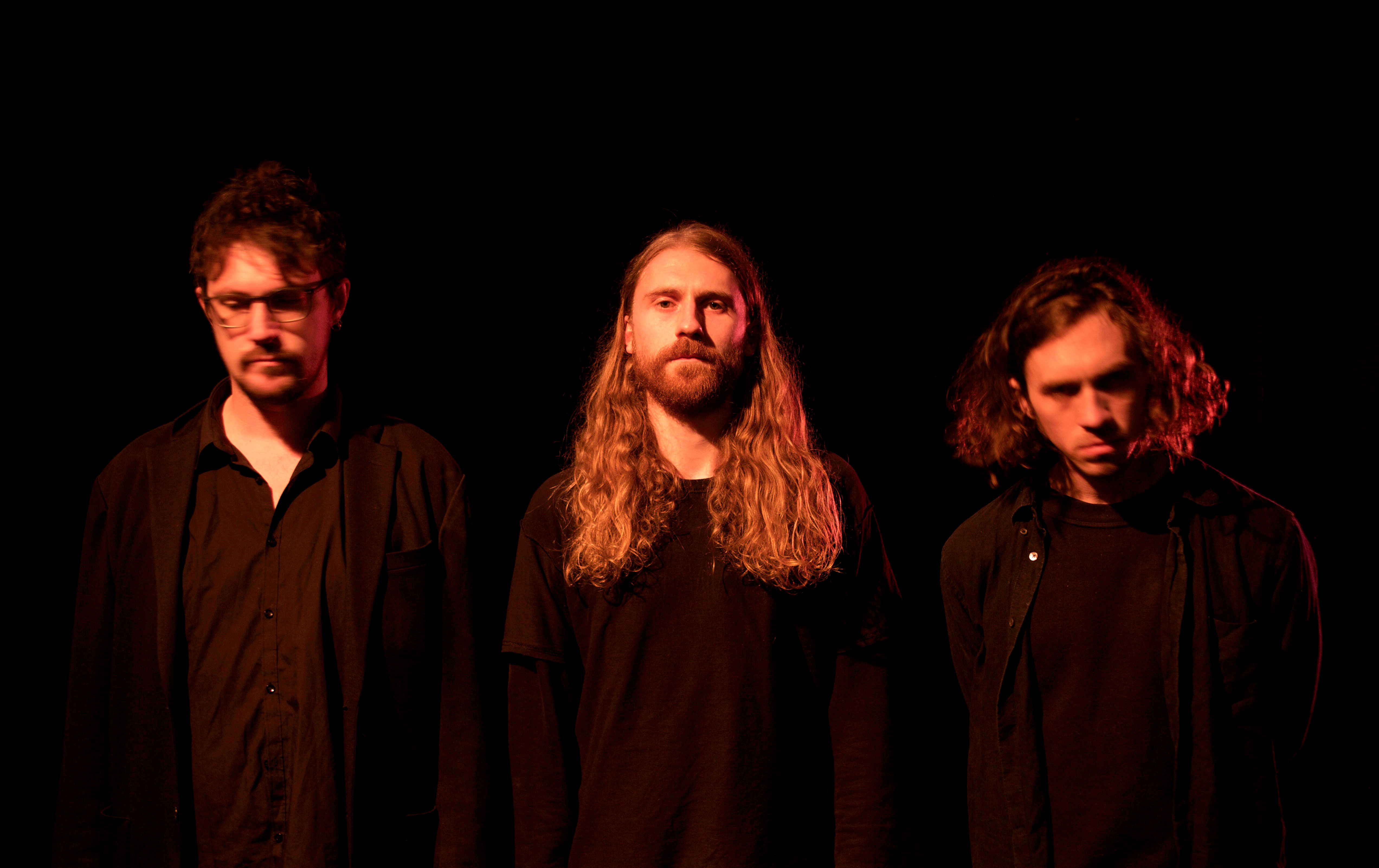 The final two tracks are both called SKHUL, V and VI respectively. ‘SKHUL V’ stirs itself with a scratchy siren-like wail before a monotone beat and slowly barked vocals take over. It does also feature something approaching conventional guitar work, up until now relatively absent as the trio focus on their debilitating drone sequences. ‘SKHUL VI’ is a pummelling 12-minute instrumental in which Ghold chaotically throw together every sound in their armoury to generate a mind-blowing sludge slamming cacophony.

Stoic was recorded within the Gothic confines of the 17th Century Unitarian Chapel in Leeds. Any old beams would certainly have had their foundations tested during the recording. The other noteworthy fact is that Stoic has been released on Crypt Of The Wizard, a new London record shop that opened in March which having proved a popular haunt for metalheads is now seeking to expand by releasing records rather than just selling them. If they’re all as innovative as this one then Crypt, along with Ghold, look set for a bright future.