All that glistens is not Ghold

PYR is the third album from south coast sludge/doom hounds Ghold although the previous two albums were recorded as a duo. Now, thanks to the arrival of multi-instrumentalist Oliver Martin, they’re a fully functioning trio.

Ghold’s song constructions are challenging to say the least, swaying between apocalyptic outbursts of violence, occasional passages of serene solitude and furious riffage work. Throw in razor wire vocals and you’ll start to form a picture, albeit a fuzzy one, of what these fellas are all about.

The more visceral moments are Conan-esque in places although more accurate reference points on the musical map are probably US dissonant drone demons Bell Witch and YOB.

The impressive Ritual Productions have a number of other burgeoning talents chiselled from similar cold stone in their armoury, including Ramesses, Bong and 11Paranoias.

The mysterious album name PYR refers to Pyrford House, a Brixton building where members of Ghold once hung out and was something of a south London mecca for serious muso types.

Anyone wishing to check it out in person can save themselves a trip though as the building has been razed. If Ghold’s aim was to keep it’s memory alive through this release then they’ve succeeded as PYR is a work to hold close.

The five compositions – songs sounds a little too trite for work of this stature – are intellectually demanding and depressive and Ghold spend much of the time delving into a remorseless black hole.  Ghold’s ambient offerings are funereal in tempo at times although fuelled by some monumentally heavy riffs that penetrate straight through to your bones. And when they decide to stir themselves its like a giant dusting himself down at the start of a new day. 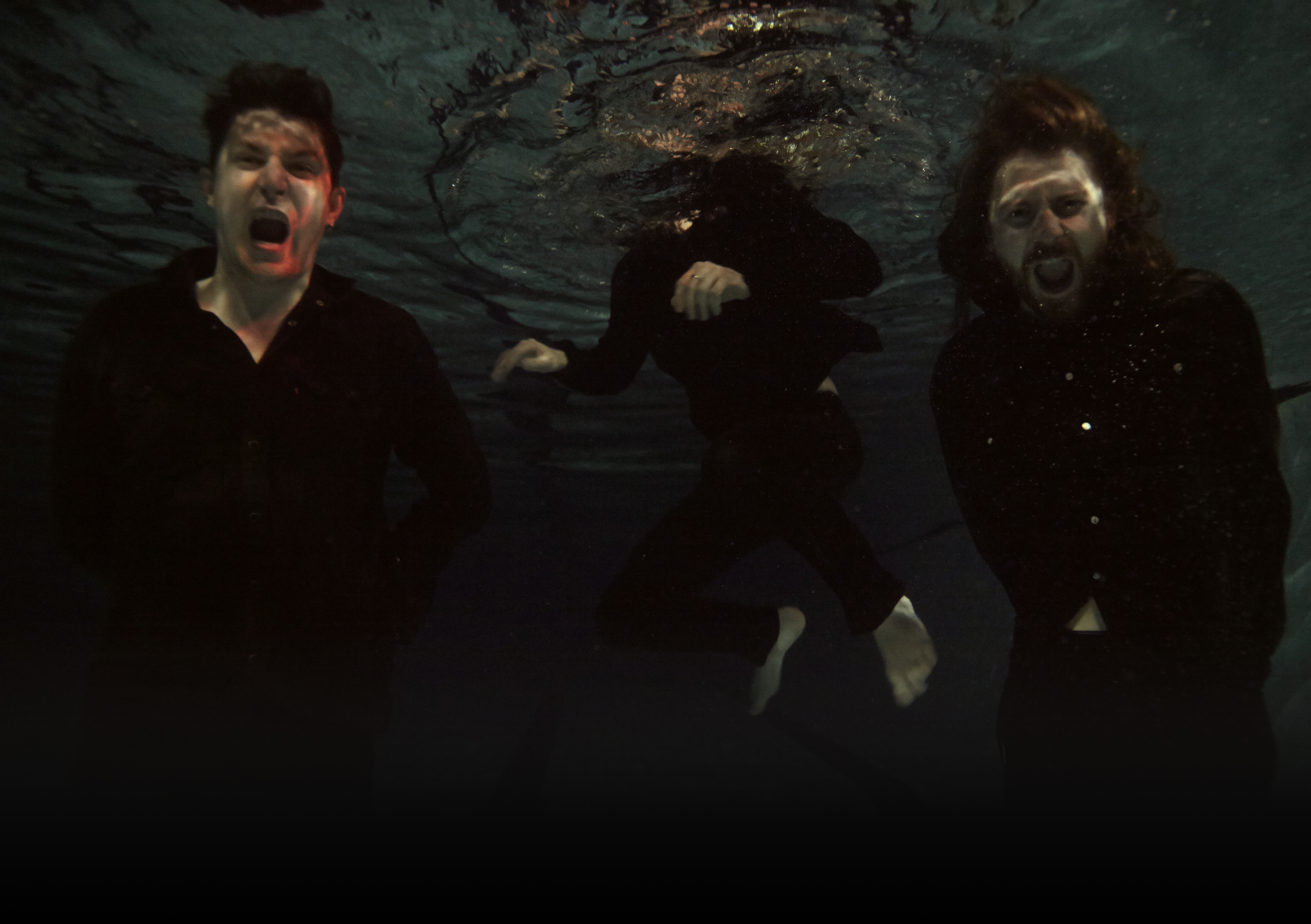 The first song ‘Collusion With Traitors’ is a prehistoric plodder, an absolute titan of a track with a fuzzed up pounding that gains in impetus throughout the song almost draining out completely the faint vocals before reaching a peak with a MachineHead-like ‘shotgun blast’ moment. The riffs need a good scrub as there are so many layers of grime attached that you almost begin to fear for its health.

Shortest track ‘Blud’ is a remorseless sledgehammer of a number, a series of blows raining steadily down from a great height until the whole thing implodes into a maelstrom of clashing riffs and distant barks.

A more sedate path is taken with ‘CCXX’ and again the lyrics are so far back in the mix you almost have to resort to a telescope to find them. An injection of pace suddenly sets things tumbling out of control, as though plunging headfirst from the top of the big dipper on Blackpool Pleasure Beach.

The 20 minute heavyweight ‘Despert Thrang’ is a hypnotic colossus of a composition that crawls inexorably on a monolithic journey in which occasional respite comes in the fleeting form of guest vocalist Rose Dagul. Her haunting fragile cries and howls add pained poignancy to this astonishing beast of a song that actually fills the whole of the ‘B’ side on the vinyl version of this release. With the vocals a little more forceful at times, Conan again comes to mind although it’s only fair to add that the band Ghold most often get thrown in with is The Melvins.

At times the abstract lines that are drawn are so disfigured you almost have to stand on your head to make sense of it all. At the epicentre lies a riff of brilliant simplicity that holds things together before the whole thing eventually collapses into a weary heap.

If you opt for the CD version then you’ll also get the smoldering slowburner ‘Something Of Her Old Fire’  for good measure.