Perhaps one of the hardest working bands today, Gerry Jablonski And The Electric Band, have blazed a trail across Europe performing countless gigs and notching up some notable festival appearances (HRH Blues, Rory Gallagher Festival). Recapturing their explosive live sound on tape is no easy task, but their 5th long-player 105, does exactly that. Gerry (guitar/vocals) and band (Peter Narojczyk (harmonica), Lewis Fraser (drums/vocals/backing vocals) and Grigor Leslie (bass/backing vocals)) have produced a record that’s hard and muscular and is sure to propel them onto bigger things.

Some music immediately grabs you by the scruff of the neck and gives a good shake, and that’s certainly the case with 105’s opening shot ‘Breaking The Stones’. The weighty riff which heralds its arrival is the stuff that rock n’ roll dreams are made of, and should spike the interest of all but the mutton-eared and tone deaf. There’s nothing quite like the sound of a hard rocking blues band in full flight, and ‘Breaking The Stones’ perfectly encapsulates all that makes the genre so appealing. From the mighty riff to the spritely harmonica via a hard-hitting rhythm section Gerry Jablonski & Co. push all the right buttons and hit all the right notes. However, what really sets this quartet apart from their peers is their use of musical dynamics; huge white spaces punctuate their dense sound and the tension between heaviness and litheness find an equilibrium and exists in perfect harmony.

Through an exhaustive touring schedule, The Electric band have earned a reputation as an exciting live band, and that’s just the aesthetic they bring to 105. Listening to ‘Strange Love’ you get the feeling that you could be in a biker bar on a Friday night rocking out to the world’s coolest band. My first thought when hearing the solo which erupts mid-song was that it could use some rhythm guitar as a cradle, but that’d require overdubs and would be inauthentic, and the complete antithesis to what the band strive for. Ultimately, it seems that the band made the correct decision, and ‘Strange Love’ finds Gerry making his guitar sing like a tomcat in heat. Gerry also provides vocals, and this brand of high-octane blues is the perfect vehicle for his Marlboro-ripened, oak-aged, whisky-croak.

In a case of art imitating life, 105 is an album that is in perfect sync with the current zeitgeist. Recording commenced on the day that Russia invaded Ukraine, and as a result this record has a dark and brooding atmosphere which seeps through almost every note. As the world stumbles from the threat of global warfare to mental health pandemic to climate catastrophe, 105 has absorbed all of these, but sugars the pill somewhat by presenting them wrapped up as 9 bluesy rockers. However, echoing throughout 105 is the accentuation of light and shade, and amongst the heavier subject matter we get a fine tribute to Paul Kossoff (‘Koss’) and ode to life in a relentless rock band ‘Hard Road’. Proving that music speaks louder than words ‘Dark Island’ is an instrumental that brings down the curtain in style and acts as a soothing balm after the band’s previous exertions.

For some reason Gerry Jablonski And The Electric Band have largely flown under the radar and are rocking a “best keep secret” vibe, but that’s all set to change with their 5th album 105, which should find the band taking their place amongst blues rock royalty. 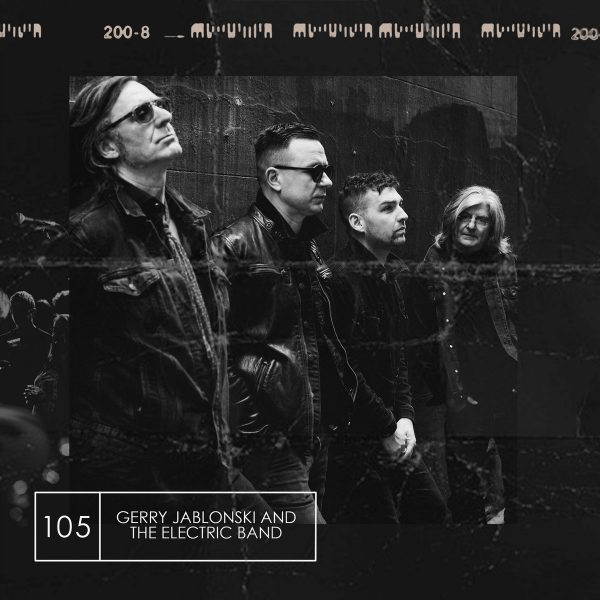