Georgia Satellites – remember them? If you were around in the 80’s and were of a denim and leather persuasion you will, whether they were your cup of tea or not. ‘Keep Your Hands To Yourself’, ‘Battleship Chains’ and, erm, well that was pretty much it for the casual listener. They released 3 albums between 1986 and 1990 before frontman and songwriter Dan Baird went his own way with a (very similar) solo career. And now their oeuvre has been bolstered and repackaged by Cherry Red Records with this rather nice retrospective box set.

The self-titled debut was the one everyone went out and bought – containing, as it did, those two ear-worm singles. And they pretty much set the template for the rest of the band’s career. Totally enamoured of Chuck Berry, with a few hints of country. Vaguely Quo-ish (there is a lot of boogie), sub-Stones – but not in a bad way, it’s still fun, it’s still good, but it’s akin to the Stones at their most pedestrian – it’s ‘Star Star’, it’s ‘It’s Only Rock ‘n Roll’. The Satellites didn’t have it in them to write a ‘Gimme Shelter’ – they just kinda rewrote ‘Battleship Chains’ over and over and that, dear reader (if you’re out there) is what sets The Stones apart, most bands, however enjoyable they are, don’t have that extra sprinkle of stardust.

So yeah, album number one. It rocks, it rolls, it’s mercifully free of 80’s production sheen and, at the time, it was a breath of fresh air. It’s underpinned by a booming Neanderthal thump. There’s blues, there’s Southern Rock, there are songs about cruising down the highway with “Van Halen wailing on the stereo 8-track”. It’s very cannily written and performed old school rock for folk with bad mullets and old t-shirts sittin’ on the back of flatbed trucks (I refer you to the above video). It all ends with a rambunctious cover of Sir Rod’s ‘Every Picture Tells A Story’. Oh yeah, The Faces, they’re a big influence too…as you’ll see.

We come to album number two, ‘Open All Night’. According to the (very informative) booklet that accompanies the set, it’s Dan Baird’s least favourite of the three. The band, he claims, were rushed too quickly back into the studio by a record company eager for another hit. That age old dilemma, you have your whole life to write your killer debut and a month to write the follow up – plus you have fame, adulation, money, drugs and sex to factor in on top of it all. Guitarist Rick Richards (who leads the current line up of the band – who still tour to this day) feels that the two albums should have been one epic double. On the plus side, and coming back to the Faces, Ian McLagen plays keys on several of the tracks.

The production this time around is slightly more sophisticated, but not much – don’t panic, there are no electronic drum kits. We get over-amped ‘Peter Gunn’ riffs, a pedal to the floor cover of ‘Whole Lotta Shakin’, some big old radio-friendly rock outs, more Stones, more Chuck and a few riffs Angus Young would be pleased to have penned. There is less variety on this album (not that their debut was exactly ‘The White Album’), it’s pretty much all blues based boogie, but it’s still fun – the trick hasn’t worn thin…yet.

The general consensus among the band is that album three, ‘In The Land Of Salvation And Sin’, is the best of the bunch, the one where the band begin to feel comfortable in their skin, they know they do what they do better than most out there and Baird seems to have a new found confidence, a willingness to experiment…just a little. The change of producer yields results – it’s clearly their best sounding album. McLagen is on board again and that Faces vibe is still there – particularly on ‘Another Chance’ – which has shades of ‘Ooh La La’…and mandolins.

“I don’t miss that girl” howls Baird at one point and that pretty much sums up what this is all about, it’s the bands break-up album. Guitars roar and gnash, there’s a touch of Replacements snarl to this one. There are very classy country ballads, there’s even cowbell. There’s quirky, slide-laced funk, there’s a great ,raw cover of Joe South’s ‘Games People Play’. We also get Bruce-esque blue collar rock, blasts of double-time Chuck Berry fireworks and finally, ‘Dan Takes Five’ – a full-steam ahead boogie that has more than a touch of Baird’s debut solo album, the brilliant ‘Love Songs For The Hearing Impaired’ (it’s a hard one to find these days but it’s worth tracking down).

The bonus tracks are also worth a listen. There are rough ‘n ready B-sides, some great live tracks, a raucous ‘Hippy Hippy Shake’ and some covers which don’t stray too far from the obvious influences – John Fogerty and, obvs, Chuck Berry. So, there we go, a good package (fnar), the bonus tracks are worth hearing and the booklet, put together with the full cooperation of the band, is an interesting read. The music…it’s no-nonsense heartland rock, music to be heard live in a sleazy roadhouse bar somewhere, performed by a band with sawdust under their fingernails. Time to give Dan Baird’s back catalogue another listen methinks. 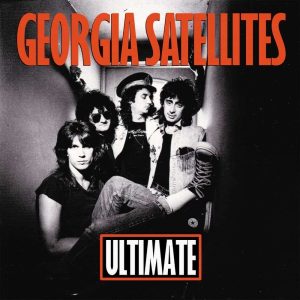 Disc 3 – In The Land Of Salvation And Sin