Ok, ok, I get it, this is going to be niche. An acquired taste among a select few who frequent the dark, little-travelled back alleys of Midlands Rocks, those goatee-sporting mutoids who occasionally (although they’d never admit to it) listen to…wait for it…smooth jazz! *cue a chorus of gasps and cries of “burn the heretic”.

But hang on, this has a little bit of pedigree. Benson’s last studio album (reviewed here) was a rather good (if, erm, smooth) collection of Chuck Berry and Fats Domino covers. Plus, he does have a reputation as a bit of a guitarist (even though it is jazz). And this album is a live album, recorded at the legendary London jazz bolthole, Ronnie Scotts. And it’s produced by Kevin (Joe Bonamassa) Shirley. So, it just about squeaks in to the hallowed pages of Midlands Rocks, hey, we’re a broad church.

Benson has released live albums before, notably 1977’s classic ‘Weekend in LA’. He was a young firebrand then, beginning to move up from the street corners and juke joints of Pittsburgh. He was hungry, playing with fire and drive. ‘Weekend In London’, however, isn’t that album and George isn’t that youthful hotshot any more. He’s a legend, a household name, an elder statesman. He’s mellowed, discovered and embraced the mainstream, knows the rules of the game – that’s what this album is.

It’s also an event, as the on-stage introduction reminds us: “you don’t get stars that big in rooms this small very often”. Benson and his big band take the stage to a keen sense of anticipation. And we’re straight into Benson staple, ‘Give Me The Night’ – it’s immediately slick and, well, smooth. Indeed, the first words out of Bensons’ mouth are “doo be doo be doo be doo”. There’s a dash of slap bass, a bit of a jazz vocal moment as well as Benson’s trademark guitar/scat singing. There’s lot’s of vamping and grooving, the band getting ample opportunity to flex their muscles.

And that’s pretty much what we continue to get for the duration of the show. Man, this is smooth. It’s velvet, it’s condensed milk, it’s a log fire, a velvet robe and a bottle of Babycham. It’s pretty much all about luuuuuuurve. ‘Love X Love’ brings the ‘Moonlighting’ theme to mind and I swear there’s even a jazz flute in there somewhere. The lyrics back this up, and then some. “Come on baby, close the door and dim the lights”, “two hearts that beat as one together”, “in a restaurant, holding hands by candlelight”, yep, it’s all here…baby. Affairs of the boudoir are very much on George’s mind tonight.

There are several instrumentals that give the band the chance to get their licks out, and practice those showbiz perma-smiles. We’re treated to full-on 70’s funk (complete with a bongo solo and a snippet of ‘Oye Como Va’) and cheese in excelsis vocal jazz that Ronnie Scott and his good lady wife, Cleo Laine, would have dug. By the time you get to ‘Love Ballad’ (never, never has a song title been more apt) the schmaltz is being ladelled on so heavily that there’s no digging your way out. It’s so saccharine that you may well need an insulin shot to get through it.

We finish on ‘Cruise Control’, which, when you think about it, is quite an appropriate title for the whole album. Cruise control it is. Backed by an uber-professional band, this takes no risks, burns no bridges. It’s slick, polished and always in complete control. Yes, there’s a bit of improv but it’s on a tight leash, it has it’s allotted moments and no more. It’s mature, it’s everything you’d expect from a top-flight soul/jazz performance and nothing you wouldn’t…which is a shame. However, for what it is, it can’t be faulted. A watertight band fronted by a legend, playing what’s expected. Nice.

Released by Provogue Records on 13 November 2020 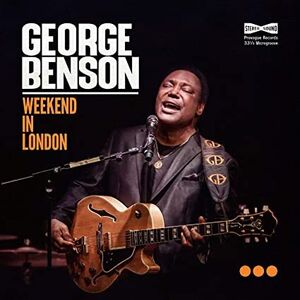