For over four decades, American heavyweights Vicious Rumors have been an unstoppable force of nature and have left a tantalising trail of 17 albums in their wake. Their three albums for Atlantic Records in the early ‘90s brought the band global attention, and they’re about to be re-issued by Cherry Red Records in a lavish box set. Therefore, it seemed to be the perfect time for The Midlands Rocks to catch up with vocalist (and one-man army) Geoff Thorpe.

Can you tell me about your introduction to music? What caught your interest?

I grew up in a show business family in Los Angeles and Hawaii, so I was always around the arts. My mother was a studio dancer, and actor for MGM, and my father was a theatre owner, producer, and actor.

Music caught my attention from a very early age.

And what was your introduction to rock and metal?

My older sisters were listening to the great music from the 60’s and 70’s, and I saw the effect it had on them and their friends. That pulled me in at an early age. Once I realized how much it affected me, I studied the songs and instruments and it led to a life of being inspired by music in general, but when I discovered heavy side of Zeppelin and Deep Purple, and then Black Sabbath, Priest, metal and hard rock took over….17 albums of Vicious Rumors later, and the rest is history!

It was a long time from the band’s inception to your first record deal. Can you give me a flavour of those times? How easy was it to keep the band afloat?

I and Vicious Rumors run on passion and the love of the action. I started playing at 15, I was a late bloomer. When I moved back to California from Hawaii, I was 17 in 1979. Six years later I had a record contract with Shrapnel/ Roadrunner Records. I spent those six years learning the ins and outs of being in and running a band. I don’t think it took too long… it was a great time for bands and live music then…a lot of fun too. It’s like a fine wine my friend! Ha ha ha!

Vicious Rumors came up via the Bay Area, a scene predominantly known for thrash metal. Were the thrashers receptive with playing with you (and vice versa?)

Vicious Rumors is definitely part of the explosion of trash and power metal that blew up in the 80’s in the Bay Area. We always had our focus set on a wide range of metal and didn’t want to only be in a thrash metal box. Our outlook was to create our sound which fused traditional Heavy Metal with elements of thrash, speed, hard rock, melody… The songs were always the most important thing. I think that made us stand out a bit from the thrash metal click. We could adjust our set to play with thrash bands or rock bands. We did shows with Metallica, Exodus, and Y&T. It’s always worked because we had strong songs….

I’d argue that Vicious Rumors were one of the very first US power metal bands. Do you feel you get the credit you deserve as pioneers?

Thank you so much. Really appreciate it. We did have a special sound mixing different elements into our metal. I feel very fortunate to have such a long career! Just to live my Heavy Metal dream, and make 17 official releases in over four decades, and to still be going strong is enough credit for me. Our fans and most of the metal press have been very respectful of our large body of work. I credit it to surrounding myself with a lot of talented players and being fortunate enough to have been in the Bay Area at a time the whole world was looking at this type of music. That’s the long answer! [laughs] Short answer is YES! It’s been an honour and a privilege.

Vicious Rumors’ first two albums were pivotal in shaping power metal. Were you aware of the scene you were creating, or did you just want to make heavy music?

As a kid I was influenced by the great songwriters of the 60’s and 70’s. When I realized how much I loved the power of heavy music I wanted to make metal music with substance with the songs as the focus. Thanks for the kind words.

Funny thing is, I don’t think any of the bands in the Bay Area at that time realized the whole world would forever look at us for this time period. I think we thought it was happening all over. Our first four albums have been regarded so highly (we’ve made 13 studio albums so far) and our last two studio albums were in charts, in the top 100 in both Germany and the US Billboard’s hard music charts. I’m just proud and so appreciate the fact people care about Vicious Rumors in this way!

Your third album found you stepping up to a major label. How did that come about?

We had built a big following in the Bay Area throughout the 80’s. The former manager of Savatage, Bob Zemsky saw us live at John Nady’s Omni night club in Oakland in 1989. He was blown away! From there came the Atlantic deal. We did a Showcase opening for Paul Stanley on his solo tour and Atlantic said YES!!!

Grunge music ran concurrently with your time on Atlantic Records, yet you were one of the few bands from that era who never changed style. How easy was it staying true to metal. Did your management and/or label pressure you to change?

Yes, the changing of the guard was in full swing. If we had signed with Atlantic a few years earlier who knows what could have happened. The fans are smart! They know when your faking it !! It was easy to be ourselves because we’ve always had the passion for it. Never had pressure to change and it wouldn’t have made sense anyway. We are who we are. I’ve always been proud of that.

Your three Atlantic albums get a loving reissue via Cherry Red Records. How do you look back on that era?

With a smile, like a proud father!!! Having these special albums re-released in a box set is something I’ve always wanted to see happen. Now 30 years later, it’s just a perk of surviving all this time. It’s exciting to see a whole new generation, or generations of new fans, and the ones who stuck with us all this time, get a chance to enjoy it again. Saint Carl Albert was one of the best metal singers of all time in my opinion. The chemistry we had in the band was unique. Larry Howe and I have kept it going all these years! It’s just a pleasure, and again an honour to be part of it all. I was born of fire, and with a desire that never burns out. I thank all my band members past and present, fans and friends, press and colleagues for making it all possible.

Yes! Very exciting times! Ronny and I have known each other a long time! I always thought he was an excellent singer and front man. We have major touring plans for 2023 on the Atlantic Years world tour. We’ll be playing classics from the Atlantic albums in a special show! It happens in 4 parts:

We are also in full writing mode and will definitely make a killer new studio album to be released on SPV/Steamhammer. No signs of slowing down. So, keep it heavy! We’ll see you all on the road soon! 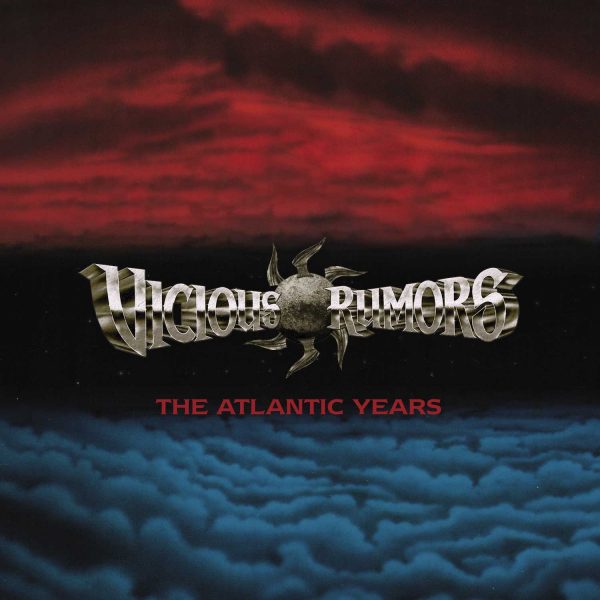