There’s nothing more satisfying than playing vinyl records at an earth rumbling volume and that experience is about to get even sweeter with the reissue of the first four Gentle Giant albums. Formed in 1969 Gentle Giant were a sextet comprised of virtuoso multi-instrumentalists who forged a whole new path with a complexity that signposted how progressive music would evolve in the coming decades. In 1970, as the hippy dream was morphing into a bad acid nightmare, a trio of debut albums were released that still sound ground breaking: Black Sabbath’s eponymous offering, Uriah Heep’s Very ‘Eavy, Very ‘Umble and Gentle Giant’s own Gentle Giant. Of those three albums it’s the latter that seems timeless and other-worldly as if released from another dimension yet it’s also rooted in an earthy, quintessentially English folk. 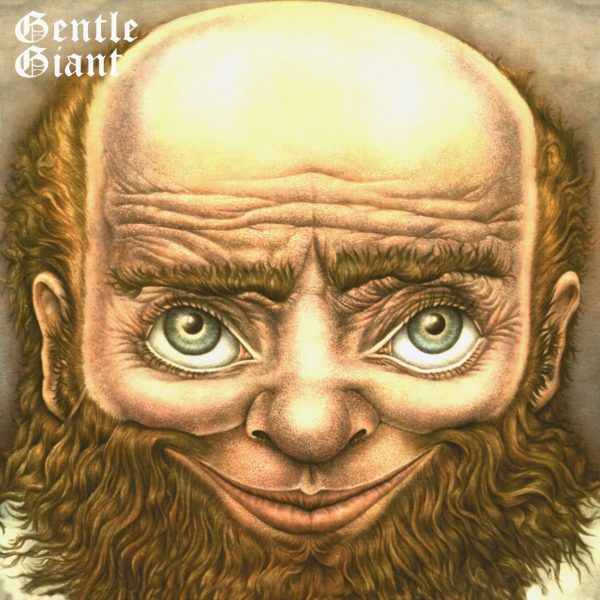 In the five decades since Gentle Giant first dropped we’ve become desensitised to musical extremes so it’s hard to imagine the impact this album had. Starting rather sedately with keys that resemble a church organ ‘Giant’ soon evolves into something of a sonic maze that certainly had prog heads spilling their Watney’s Party Seven. Guitars paint intricate patterns then are subsumed into the whole as the sound builds to replicate that of an approaching giant. ‘Funny Ways’ follows and employs a huge range of dynamics that veer between a distinctly English folky melancholia and upbeat jazzy interludes that each stand in marked contrast. Foreshadowing the space rock of Hawkwind and the sublime harmonies of Queen is ‘Alucard’, a perfect vehicle for Kerry Minnear’s Keyboards which still sound years ahead of the curve.

The great thing about vinyl was the brief interlude as you flip the record and kicking off side 2 is the quirky ‘Isn’t it Quiet & Cold’. Like The Beatles exploring the minutiae of modern life it’s a track that almost skips along with a joyful playfulness. A humongous riff powers the nine-minute ‘Nothing at All’ which dabbles in the proto-metal of Cream and Hendrix. Martin Smith’s circular drumming is offset by some piano which runs counter to the melody and together they replicate a stormy sea. Unconventional is perhaps the best word to describe Gentle Giant. It’s an album that constantly evolves and the penultimate ‘Why Not’ is no exception: from mediaeval motifs to 12 bar boogie in five minutes is no mean feat yet the band mesh them together seamlessly. A unique take on the national anthem ‘The Queen’ has a touch of Focus and rounds out a near perfect album. 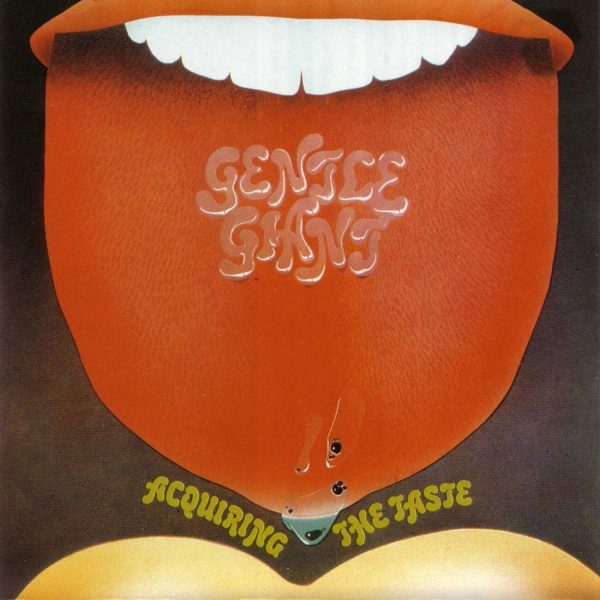 It never ceases to amaze me how bands would rapidly release classic albums in the early ‘70s (Sabbath unleashed two corkers in 1970) and Gentle Giants sophomore effort Acquiring the Taste followed their debut by a mere 12 months. Showing little sign of fatigue, and heading in a darker direction, ‘Pantagruel’s Nativity’ opens the album by welding together a retro sci-fi motif to a discombobulating choral hymnal while the addition of some xylophone gives an almost jazz feel. Expecting the unexpected is the only way to approach a Gentle Giant record as the disconcerting ‘Edge of Twilight’ follows and makes good use of backward masking to continue the unsettling thread that runs throughout. ‘The House, the Street, the Room’ is a song of many suites, each acting as a foil for the other ensuring that when the heavy riff arrives it’s with the force of a hurricane.

The 96 second title track adds a light interlude before ‘Wreck’ ululates like an angry ocean.  If you could imagine such a thing as a prog rock sea shanty then ‘Wreck’ would be it. Gentle Giant were a band that contained five vocalists and they’re put to good use to create an impenetrable wall that rises and falls like a rip curl. An existential moment of calm appears before the waves come crashing again. ‘Black Cat’ stalks like a feline through rain soaked, nocturnal streets with the guitars mimicking caterwauls. Augmented by some lively viola closer ‘Plain Truth’ mixes classical with jazz to sound at once expansive and claustrophobic. 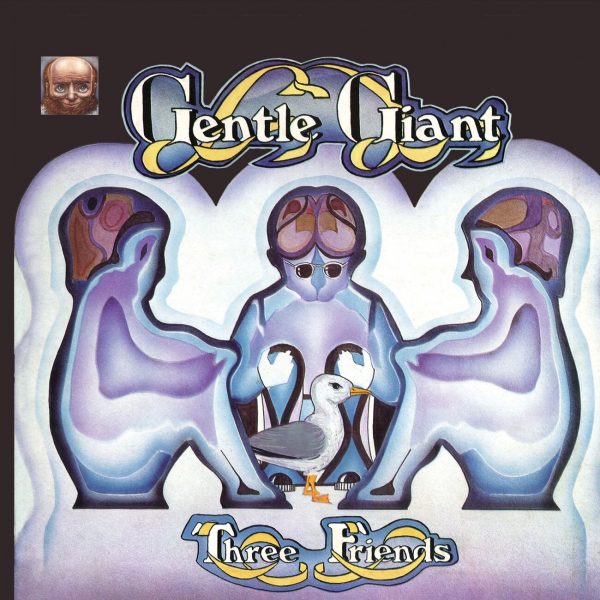 Their third album in as many years Three Friends found Gentle Giant further raising the bar to deliver a fully-fledged concept album. Like such records should be Three Friends is suitably obtuse, yet this was to be the penultimate album to feature Phil Shulman (one of three brothers in Gentle Giant) so we can infer this outing is somewhat autobiographical. Yet ‘Prologue’ offers not hint of unrest: complex lines effortlessly intertwine and the harmonies are as sweet as ever. Like much of their work it initially sounds chaotic yet there’s structure beneath that’s anchored by a catchy motif. An album that tells a tale of friends travelling through life together ‘Schooldays’ skips along playfully with vocals that echo back to a carefree time. Like slaves rowing a galleon ‘Working All Day’ is delivered with punctuality and toil that stands in contrast to the bands free form nature.

Back on more familiar ground ‘Peel the Paint’ makes good use of musical dynamics as it slowly builds from its quiet beginnings to a huge crushing crescendo. ‘Mister Class and Quality?’ plays with the same riff, expanding and contracting, over six minutes but its constant reshaping ensures it never becomes tiresome and it shows why Gentle Giant were such a big influence on Iron Maiden with the neat time changes that stop, start and turn on a dime. With a wall of synths the instrumental ‘Three Friends’ brings the album to a conclusion that’s almost biblical in proportions. 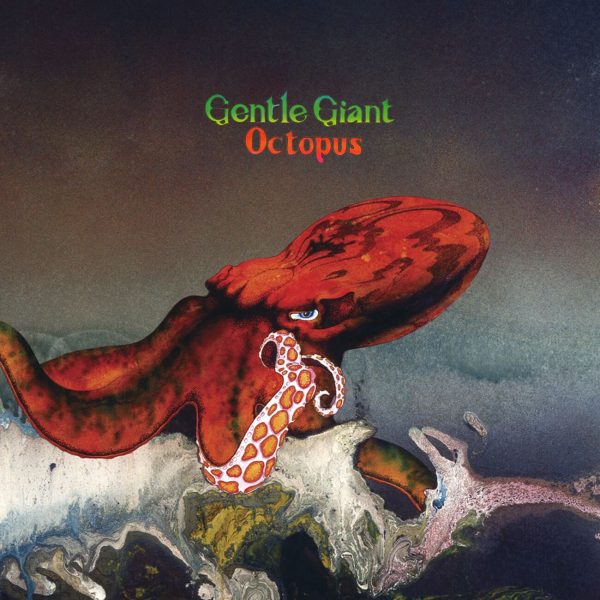 Gentle Giant’s fourth album Octopus is perhaps their purest distillation. Unlike the preceding albums there’s no overly long musical workout yet invention hasn’t been sacrificed. With all but one track clocking in at under five minutes the album has a more even flow but, don’t fear, the songs are still evocative soundscapes. ‘The Advent of Panurge’ briefly touches upon the bands folky roots but soon evolves into something funky, like latter day Jethro Tull, that must’ve sounded quite contemporary (in 1972). Octopus is a pretty apt title as each of the eight tracks is like a tentacle operating independently yet connected to the whole as ‘Raconteur Troubadour’ drips with Americana whilst the punchy ‘A Cry For Everyone’ explores the British blues of Free.

The mediaeval madrigal that is ‘Knots’ ties the listener up as it flits around like a mouse on amphetamine lost in a maze. ‘The Boys in the Band’ is shattering glass refracting light in a myriad of directions and is the vehicle for each member of the band to take a solo and display their virtuosity. Slightly eccentric (think Relics era Pink Floyd) ‘Dog’s Life’ is quirky in a way only English prog can be. ‘Think of Me With Kindness’  is perhaps the most conventional Gentle Giant song and it succinctly summarises why Octopus works so well: the fat is trimmed in favour of a leanness which makes the songs easily digestible. Even when they get a bit free form on finale ‘River’ the sections flow unfettered.

Much ‘70s progressive rock sounds rooted in it’s era yet Gentle Giant’s back catalogue has a timeless feel. That’s partly because their sound foreshadowed bands like Jethro Tull and Marillion and continues to reverberate through Dream Theater and Sons of Apollo. And if any of those bands ring your bell then you’ll love Gentle Giant.