Gentle Giant may not have had the lasting success of many of the other 70’s progressive bands such as King Crimson, Yes, ELP etc. but they certainly were up with these illustrious names when it came to writing broad based and challenging material. They had built their reputation on stages alongside the likes of Jethro Tull and Zappa before stepping out as headliners in their own right. Within their work Gentle Giant mixed folk, jazz, rock and even renaissance music within the basic progressive pallet to create a eclectic mix of all of these sounds and more. Truly a band of multi-instrumentalist Gary Green, Kerry Minnear, John Weathers and brothers Derek and Ray Shulman (third brother Phil had left the band following the Octopus album) all added to the out there sound on instruments ranging from acoustic guitars to xylophone and everything in between. By the time this aptly titled seventh album was released with a change of label and management Gentle Giant were ready to take control of their world on Free Hand. Continuing with their very complex sound but consolidating it into a less frantic mix which saw them coming up with their most commercially successful album to date even making the top 40 on the Billboard chart. This new release follows on from the re-releasing of The Power And The Glory, Octopus and Three Piece Suite (comprising the first three releases) and sees the original album being remixed once again by none other than prog go to man Steven Wilson.

Showing their Yes side on ‘Just the Same’ this is a pure prog opener and you can’t help thinking this carries a message to their previous business colleges when they say “I don’t want to be part of your life today”. This theme runs throughout the album and can definitely be picked up on during ‘On Reflection’ with it’s multi-layered acapella entrance which leads on to the first renaissance section of this set and its many whistles and pipes. Title track ‘Free Hand’ finds Derek Shulman in aggressive voice as his embittered words tell how the band have moved on and affirming “Whatever made you think that I’d change my mind”. There are great live versions of the previous two tracks available on YouTube as part of the bands “Sight and Sound in Concert” appearance which showcases how much of a guitar god Gary Green is, despite his 70’s children’s TV fashion sense. Highly underrated! Opening to the sound of arcade game Pong which demonstrates the age of these tracks, Shulman Snr. soon joins with his bouncing vocal line on ‘Time to Kill’ this track has so much commercial merit but pre dates Yes taking a similar route on their ’77 release Going For The One by two years. ‘His Last Voyage’ is the longest track on the album but still only weighs in at 6:27 which is considered pretty short in progressive circles and although it leads in with that medieval vibe it moves on with Shulman Jnr’s bass leading on until the ethereal mood returns at it’s close. Pipes and drums beat their way into ‘Talybont’, a short (2:43) instrumental track which Ritchie Blackmore could easily cover with his Blackmore’s Night outfit. Closing track ‘Mobile’ is the most English of tunes and will appeal to fans of Tull or even Big Big Train with it’s eccentric mix of progressive folk. This album is a testament to the Shulman/Shulman/Minnear writing team and although they didn’t know it at the time would mark the halfway point in the Gentle Giant story. Following a further five releases they would bow out following their somewhat rockier Civilian album in 1980.

Available on CD, Double Vinyl (including limited red version), and Blu-ray (including the new and original flat mixes) Free Hand is one for lovers of sophisticated progressive music. This album as much as any shows why Gentle Giant have been such a big influence on many of today’s progressive roster with Spock’s Beard, Lifesigns and many more listing them amongst their biggest influences. If you are unfamiliar with their work then this is a perfect place for you to dip your toe in because if you don’t enjoy this then Gentle Giant probably aren’t for you. 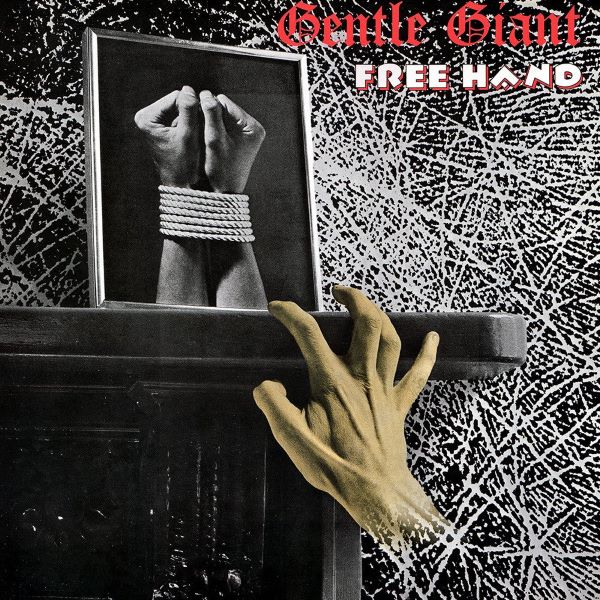