Kingmaker Publishing, run by Big Big Train founder Greg Spawton and Prog magazine journalist/Big Big Train manager Nick Shilton, is delighted to announce the publication of its second book. Genesis:  1975 to 2021 – The Phil Collins Years by Mario Giammetti will be published on 15 July 2021.
Genesis:  1975 to 2021 – The Phil Collins Years follows Kingmaker’s previous book, the highly acclaimed Genesis: 1967 to 1975 – The Peter Gabriel Years.  This brand new book is the definitive biography of one of the world’s greatest rock bands following the departure of Peter Gabriel. 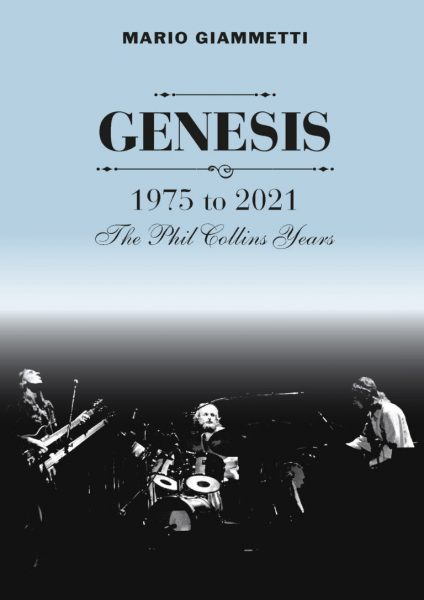 It contains numerous exclusive interviews with band members and all of the important personalities who were part of the story of Genesis from 1975 onwards, including Ray Wilson who fronted the band for 1997’s Calling All Stations album and subsequent tour before the return of Phil Collins in 2007. The book covers the full story of the band from 1975 very extensively, taking readers through each album and tour. Additionally it features a number of previously unpublished photographs.
Greg Spawton comments: “We were delighted by the success of Genesis: 1967 to 1975 – The Peter Gabriel Years following its publication in May last year. The book received considerable praise from numerous quarters, including from Steve Hackett as well as the music press and Genesis fans, and is now on its second print run. Like its predecessor, Genesis:  1975 to 2021 – The Phil Collins Years contains a wealth of details about the balance of Genesis’s career, many of which may well be unknown even to the most ardent fans of the band.”