Italian music journalist Mario Giammetti is the author of more than a dozen books on Genesis so can comfortably be classed as an expert in his field. 1975 to 2021 – The Phil Collins Years is a companion to 2020’s 1967 to 1975 – The Peter Gabriel Years and contains numerous exclusive interviews with band members and all of the important personalities who were part of the story of Genesis from 1975 onwards. 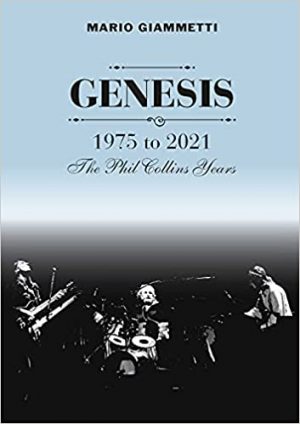 Album by album, tour by tour, the reader is taken on the fascinating journey that saw Genesis go from being prog rockers to stadium filling giants across the course of the second act of their career. Although clearly a devotee of the band, Giammetti does not shy away from some of the more contentious issues whether it be Steve Hackett’s departure or the shoddy way in which Ray Wilson was treated both during and after his brief tenure with the band. With a full tour date chronology and detailed discussion of corresponding set lists,  along with the authors personally conducted band member interviews, the reader gets a detailed analysis of the songwriting, recording and live performances. A terrific book that comes highly recommended.