The solo career of Geezer Butler is comprehensively rounded up by Manipulations of the Mind, a fascinating four disc box set that includes all three studio albums and a bonus disc of alternative takes, demos and live cuts. A one disc companion set, The Very Best Of, is also being released that has seventeen tracks chosen by the man himself. Although all three albums were originally issued under different monikers (g//z/r, Geezer and GZR respectively) everything is now credited to simply Geezer Butler which makes good commercial sense. 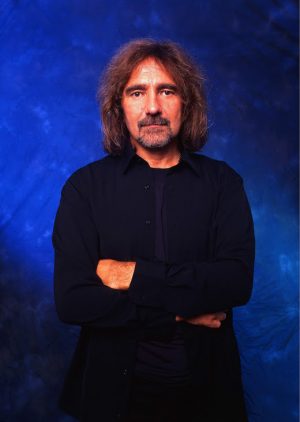 Plastic Planet arrived in 1995 at a period when Geezer had quit Sabbath and had just recorded Ozzmosis with Ozzy. The album was very much straight out of the 90’s nu-metal playbook with vocals by Fear Factory’s Burton C. Bell. Drummer Deen Castronovo and guitarist Pedro Howse completed the line-up. It is perhaps not surprising that Geezer went down this route as the metal scene in this period was dominated by industrial riffing and abrasive, hardcore vocals. Unlike some of his contemporaries however it was reassuring that Geezer did not dispense with his trademark long hair and moustache. Sci-fi and dystopian themes dominate the lyrics albeit ‘Giving up the Ghost’ is a subtle dig at Iommi for continuing with Sabbath and ‘Detective 27’ a wonderful homage to Batman.

1997 saw the release of Black Science which continued in mostly the same direction, albeit with Bell replaced by Clark Brown. ‘Unspeakable Elvis’ was a nod to the King and the thumping ‘Trinity Road’ a tribute to Geezer’s first love, the mighty Aston Villa FC. The Sci-Fi themes are still very much in evidence on ‘Mysterons’ and ‘Among The Cybermen’ and overall the album has stood the test of time better than its predecessor with more variety and Brown proving to be a good fit. 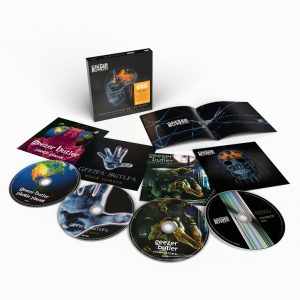 After a few years on Sabbath duty, Geezer resurrected his solo career in 2005 with Ohmwork, the only line-up change being Chad Smith (not the RHCP one) replacing Castronovo on drums. The album showcases a fusion of different metal styles, opener ‘Misfit’ being old-school metal, ‘Prisoner 103’ a rap-metal fest and the seven minute ‘I Believe’ a doom inspired epic. The band also played some live shows around this time and disc four has several live numbers along with demos and different versions including ‘Area 51’, ‘Pardon My Depression’ and ‘The Invisible’.

Manipulations of the Mind evidences that Geezer was determined not to simply replicate the signature sound of Sabbath with his solo career and instead explored different styles of heavy metal. This expansive set offers a terrific way to get all of Geezer’s solo work in one hit and the accompanying compilation a handy introduction for the more casual listener. 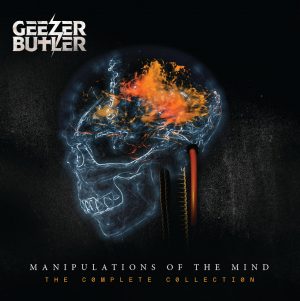 ‘Manipulations Of The Mind – The Complete Collection’ track-listing: