As well as being lead vocalist and songwriter of the cult UK AOR band Ten for over 20 years, Gary Hughes has also released several well received solo albums, although the last of these, Veritas, was released a mere 14 years ago, and his latest solo effort, Waterline is released alongside a compilation of his previous solo work, Decades. His solo work has always been intended to show a more of his ‘melodic; side, with Ten being more of a hard rock band, including some very interesting diversions into progressive hard rock, if there is such a thing.

As far as the new material is concerned, the preceding 14 years don’t seem to have changed Gary’s style of approach at all, because from the very first note, anyone who’s already familiar with his work will recognise it straight away, because this couldn’t be anyone else but Gary Hughes. I’m not sure if there’s any significance in the title of the opening track, ‘All At Once It Feels Like I Believe’, but it seems a very brave and unusual decision to kick the album off with a big ballad. It’s hardly a flying start to the record, although, again, it’s a very typical Gary Hughes song, with its thoughtful lyric and lush, multi-layered vocals. The second track, ‘Electra Glide’ is a much livelier affair, although it sounds more like a Ten track, but to be frank, it didn’t leave much of an impression on the first few listens.

Much better is ‘Lay Down’, with its circular, staccato guitar riff. There are several different sections to this, the longest track on the album, but I’m not quite sure how it fills up nearly eight minutes. Just as interesting is ‘The Runaway Damned’, which has a touch of the Springsteens about it, which is definitely something I can’t remember hearing from him before, and it makes the track one of the most interesting on the whole album. ‘Screaming in the Half Light’, on the other hand, another ballad, is another track that’s a bit confusing. Just as the track seems to be getting going, the tempo changes for the guitar solo, which breaks up the flow of the song.

The title track is another that introduces an Americana influence and there are some touches that would be right at home on a modern Country station in the US, which is a nice variation on Gary’s usual style, but the following track, ‘Video Show’ goes right back to his normal mode, with some lyrics about technology and social media that somehow feel a bit prim and old fashioned.

The press release for Waterside says that there are echoes of early Ten, which applies to ‘Save My Soul’, but it’s Ten-lite, without the vision and epic feel of a lot of the band’s best work. ‘Seduce Me’ is much better, with more fire and some proper shredding from Dann Rosingana, another candidate for the best track on the album. There’s yet another ballad to close things out, the comparatively brief ‘When Love Is Done’, another track that has some variation, with an almost gothic feel with its piano backing.

With fourteen Ten albums and six solo records behind him, it’s inevitable that Gary Hughes has established his own style, but sometimes Waterside is just too recognisable. The record is as its best when he allows some different influences in, but some of this feels a little too familiar and safe. It’s a not a bad Gary Hughes album, but it’s not one of his best either. 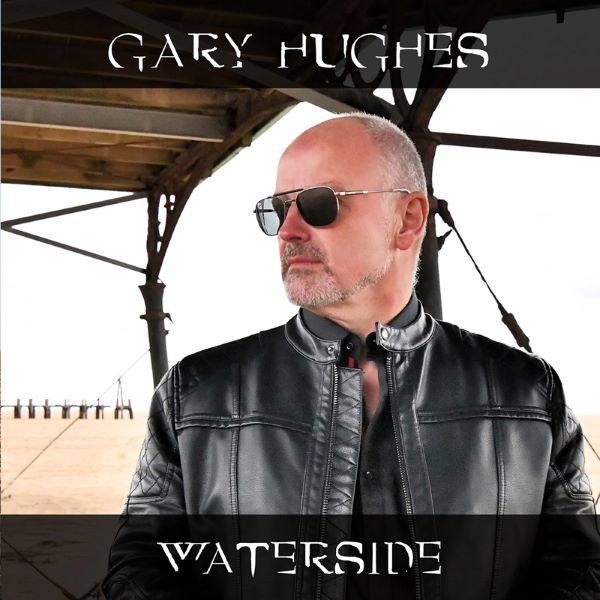