He may have been dubbed “the master…of pop kitsch” by Rolling Stone magazine, but there’s no denying David Foster’s commanding presence in the world of best selling popular music. Among his many achievements was the discovery of the singularly accomplished vocalist, Warren Wiebe. And fatefully, the paths of four like minded souls – Wiebe, Foster, and budding songwriters, Gardner and Fuller – all crossed one 1990’s night in Los Angeles. Wiebe went on to record several of the duo’s songs. Four are featured here on this previously unavailable collection of cd quality production demos.

Anyone plugged into the history of the Westcoast Rock genre will immediately recognise the breezy, jazz inflected pop brio of the duo’s compositional style. Fans of G&F’s contemporaries, like Bill Champlin and Bobby Kimball will love tracks like ’17 Years’ and ‘Don’t Give In’, as will fans of modern day practitioners like Lars Safsund and Tommy Denander.

‘Nothing That I Wouldn’t Do’ though, is one of the album’s two key tracks. A duet between Wiebe and the song’s co-writer, Cicely Gardner, it’s a sweetly romantic journey of unhurried discovery, with punch, passion and intelligent lyrics, punctuated by synth brass and rhythmic shuffles. The other is ‘When I’m With You’. It shows that the Westcoast genre can often be thing of beauty and passion, music that stirs the blood without recourse to heavy riffs or declamatory vocals. Its subtle textures and atmospheric touches can take too long reaching something that never happens, but that’s the nature of the genre. It is arguably the best song Foster and Jay Graydon didn’t write for their Airplay album.

Elsewhere, ‘Move On’ is as good a pop/westcoast crossover song as any that George Merrill wrote for Whitney Houston, and on the balladic ‘Home’, Gardner’s voice swims up and out of the song’s soft focus westcoast stylings to deliver a ballad that would resonate with fans of the late Natalie Cole. Like closing track, ‘This Blue Tattoo’, sung by the golden voiced Wiebe, it bears favourable comparison to any of Gerry Goffin’s meticulously wrought pop masterpieces.

For genre fans this is a “must have”. Your casual rock fan will find it a rewarding, entry level primer. 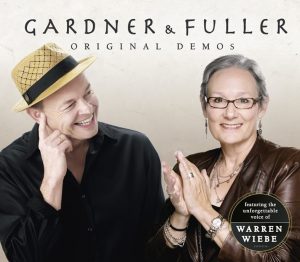