A body of work that few outside the genre could judge, and few inside can equal…

Here’s a sumptuous, 2 CD Gamma Ray Best Of package from Germany’s Ear Music, a label that’s fast becoming the arbiter of class and classic in rock and metal. How often have you scratched your head over the selection process for Best Of compilations? Arguably, time alone weighs the importance of one track against another, but subjectivity can totally screw that up.

Breathe a sigh of relief then. Such is Kai Hansen’s clout, he got to handpick this double album’s 25 tracks, and it’s a delight to note that no idiosyncratic measurement criteria or irrational favouritism has been employed. Hansen has simply picked his band’s best songs from a sizeable volume of heavy metal handicraft. A body of work that few outside the genre could judge, and few inside can equal. The collection spans eleven albums and 25 years, and it’s a fascinating journey. Hansen formed Gamma Ray in 1989, immediately after freeing himself from the stampeding juggernaut that Helloween had become, and if we’re honest, around that time on the Helloween clock you could hear the sound of dead horses being flogged.

The self assured debut, Heading For Tomorrow (1990) gave us a taste of things to come. ‘Heaven Can Wait’ wraps up Hansen’s MO in one 3 minute track…a combination of melodic abandon, razor clawed guitar and a finely wrought hook, pumped up to epic proportions. That said, the tracks here are not laid out chronologically. The set opens with the 9 minute ‘Armageddon’ (from Power Plant, 1999), on which Hansen rediscovers a need for speed, turning up the bpms to match the song’s escalating operatics, resolving in a vertiginous chorus. It’s one of many blueprints that Hansen would shuffle as he entered the studio, as he grew his band’s sound, progressively but emphatically throwing off the post Helloween yoke, turning the metal into full blown Gamma Ray.

Afficionados could make an argument that it really all began with 1995’s Land Of The Free, the band’s fourth album and the first on which Hansen handled vocals (original vocalist Ralf Scheepers left to form Primal Fear). The album’s title track is here in all its episodic, compacted glory, mixing together Teutonic rock and progmetal time changes, distancing itself a little from trad metal tropes, playing around with song structures and effects. The album gave the whole Power Metal genre a huge shot in the arm, elevating Hansen in the process, eventually spawning a Land Of The Free 2 in 2007.

Between times, Hansen dallied – with varying degrees of success – with space metal ie. Power Metal with space related lyrics. From Somewhere Out In Space, inspired by Kubrick’s Space Odyssey, Hansen blasts off with the title track, and adds ‘Valley of The Kings’ on the second disc, atypically slowing down the tempo. The album is a lyrical departure too, blending themes of dislocation and despair into the constant seismic rumble of pounding, freewheeling heavy metal.

The return to the concept of freedom, in 2007, again released a welter of creative energy. By now, the verses in Hansen’s songs seem to have diminished importance, treated only as necessary preambles to the chorus, which on Land Of The Free 2, and the follow ups, To The Metal and Empire Of The Undead are gloriously unfettered paeans to the genre. Highly influential and dense with detail, the chosen tracks, respectively ‘Insurrection’, ‘Empathy’ and ‘Master Of Confusion’ harness all that is best in symphonic and power metal, a testament to Hansen’s vision and his leadership of Gamma Ray over quarter of a century. This might not be Bach, Brahms or Beethoven, but that rich, German heavy metal heritage that we know and love lives on. 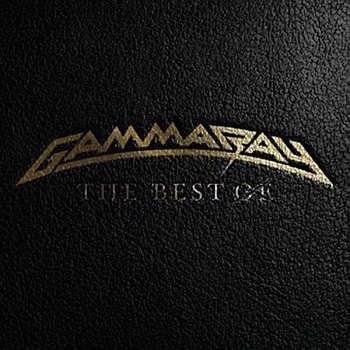