Following up the highly-praised release of their previous single ‘Waves’ (the debut of charismatic new singer Amariah Cook), which saw them explode onto the international heavy music consciousness, ‘Venenosa’ reveals a heavier, more intense side of the band. The single was produced by Christopher Vernon (Windwaker) with the theatrical music video helmed by fabled director Colin Jeffs (Alpha Wolf).

Alongside the immense single is the mystifying accompanying video. Taking cues from archetypal films such as The Shining and The Evil Dead, and featuring bewildering special effects, the video clip shows the band being subject to sickening anguish within the confinements of a supposedly possessed manor. Containing body horror and spectacular aesthetics, the clip skilfully depicts the song’s dark sentiment.

Future Static explain the meaning behind ‘Venenosa’: “‘Venenosa’ (Spanish for ‘poisonous’) is based on Amariah’s experience of coming to realise that the negative energy surrounding her was in fact due to her own toxic behaviour towards the people who she was supposed to care for. It takes the listener through the very intense journey she took to rid herself of this toxicity that was festering inside the depths of her subconscious, and how she came out the other side full of love and respect for herself and those around her again.” 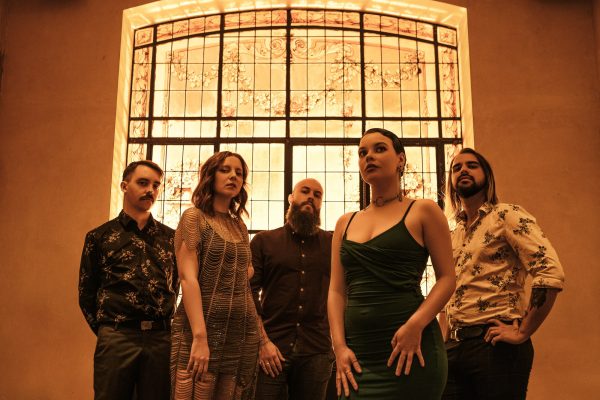 To support the release of ‘Venenosa’, Future Static will join alternative-metal giants Circles on an Australian tour. This comes off the back of show-stopping performances appearing at the inaugural Knight and Day Festival as well as the momentous UNIFY Gathering 2022, where they were triple j Unearthed competition winners. What We Did On The Weekend Podcast proclaimed “they were made for the big festival stage”.

‘Venenosa’ is a fierce taste of what’s to come from Future Static, who are currently planning their debut album release for 2023.