Having developed their almost unique ‘Nekrofolk’ sound since their birth in Katowice in 2003, Furia have gone on to establish themselves as among the leading dark lights of the Polish underground scene. Debut full length release Martwa Polska Jesień (Death Solution Productions) set them on the pagan path in 2007 and their misanthropic meanderings have continued to inspire and intrigue ever since.

Furia function as part of the ‘Let the World Burn’ collective which comprises assorted acts who share some of the musicians with MasseMord, FDS and Cssaba all sharing the same platform as Furia.  In many ways ‘Let the World Burn’ has a similar feel to the early 80s UK anarcho scene in which Crass aided numerous other like-minded bands. Furia frontman Michał ‘Nihil’ Kuźniak is also a member of post-black project Morowe while other members of Furia also figure in MasseMord.

Never judge a book by a cover they say… well don’t judge a song by its title either then. ‘1’, ‘2’ and ‘320 w2’ may sound like some brain draining mathematical algorithm but they are in fact not quite as daunting as that. Guido contains two brand new tracks followed by some improvised pieces.

The first three tracks of Guido certainly act as a wonderful introduction to Furia (Polish for Fury). Unconventional, and with a musical brush that sweeps out broadly to cover every inch of the canvas, Furia are a pleasure to get to know.

When it comes to underground music, these obscure Polish protagonists have quite literally plunged new depths on Guido. It’s all well and good talking about dark music but for that authentic pitch black grime you can’t beat recording an EP 320 metres burrowed deep into the bowels of the earth. It’s no surprise then to learn that the title of the EP, Guido, means ‘Mine’.

‘1’ is a sublime opener, initially rushed and husky before settling into an even riff that engages instantly over which sporadic tongue lashings of spoken words cascade down. ‘2’ is a little less comfortable, certainly in the dissonant early phase when Nihil’s dark voice mutters unintelligible ramblings before the groove starts to bark like an errant hound before spiralling into a vivacious kaleidoscopic soundscape.

The mist clouds over on ‘320 w2’ which begins not so much as a musical journey as a literal ride into the darkness, all 320 feet of it with the mineshaft bell clanging to signal both the start and end of the ride, sandwiched in between which is little more than the sound of the lift ebbing ever further into the abyss.

The first song with a recognisable title, albeit in Polish of course, is the bleak and distant ‘Hahary’ which is harder to get any change out of than a broken down fruit machine. Ambient cleanly picked guitar rhythms sway gently over a metronomic ticking which slowly gathers momentum and a sense of purpose as the lines of combat become more clearly defined, an edginess developing, as ‘Hahary’ ratchets up the tempo. A few mutterings are the only semblance of humanity here as the music is given reign to progress unhindered. The final two minutes of an eight-minute song are given over to angry bristling roars that are cushioned alongside the ever increasingly urgent and dramatic riffage, Furia adding layers like building blocks, each in turn supporting and carrying the other.

‘Łączka’ is another slowburner although its beating epicentre is a driving force that makes this another irresistible composition, although one that adopts a more haunting feel, as Nihil’s cold monastic voice unleashes a volley of verbals, which could just be his shopping list, although I somehow doubt it.  There’s no mistaking the bleak mood and emptiness as the song latches onto you like a leech and refuses to let you wriggle free.

Closing piece ‘Lew Albinos’ is more strident than what’s gone before, if you want to work your neck muscles then this doomy demonic beast will provide the opportunity. This one doesn’t so much as have more meat as have bloodied strips of flesh hanging from its sides. While the vocals are still spoken under Nihil’s deep barrel-chested voice, above deck there’s more going on and the rhythm has a visceral lining signalling a frostier encounter. The closing section is a swaggering relentless battery charge with a sonic screwdriver of a riff tightening up the edges. 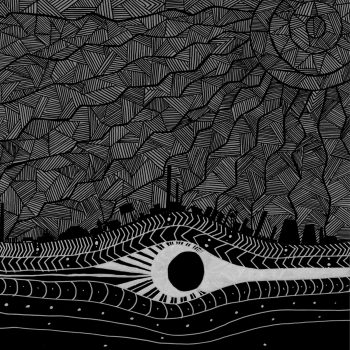 Guido has not been made for those who want to cosy up and play ‘some tunes’. This is alarmist, argumentative and at times anarchic. All that and yet angelic in places too. Blended together and your aural appetite will enjoy a fulsome feast.

Trying to unravel the alphabet soup of song titles on Księżyc milczy luty is a thankless and probably unnecessary task. The album title itself means ‘Moon Silent Severe’ which at least gives the listener an insight into what they can expect. This is album number five from Furia who stand at the polar opposite end of the publicity seeking spectrum to Kim Kardashian. Which is almost a shame as it would be good to be able to shed more light on those responsible for such wonderful musical arrangements, that are both perplexing and profound in equal measure.

The black metal spectrum is broad and encompassing but there will always be a place within it for a band such as Furia although at times it seems as though their aural adventures reside in a different stratosphere which at least give some explanation as to this album’s title. ‘Za ćmą, w dym’ is a fairly easy opening passage, rolling comfortably under its own momentum, vocal free, until Namtar starts to open his shoulders up and the drums take on a much heavier dimension with Voldtekt ramping up the rhythm with Sars keeping things on an even keel with his bass. Nihil does enter in the latter stages with his familiar husky droned delivery adding a touch of ceremony and gravitas to proceedings.

The dying embers of ‘Za ćmą, w dym’ rage fiercely and this carries over into ‘Cialo’ whose softly taken first steps are merely a decadent decoy before the shackles come off as Furia create an impregnable barrier of sound which strengthens as the song grows. Even by their own standards ‘Tam jest tu’ is something of a solemn symphony that crawls through the early stages almost chaperoned by a drifting riff so loose as to make the whole thing appear vulnerable. Of course, Furia being Furia, don’t allow this abstract passage to outstay its welcome, some bolshy barks quickly taking the song in a new direction, ultimately an apocalyptical one as fires rage and Nihil’s inhibitions are shed completely as he dissolves into a raging spitting man-beast.

Furia are so much more than a black metal group, although clearly that association does them no harm. The folk elements are mixed in and on such an avante garde piece as ‘Zabieraj łapska’ they completely go off piste, almost internally raging as to what step to take next. While Nihil howls at the moon a semblance of order is found through a repetitive rhythm that transfixes you before unleashing a torrent of aural mayhem as though a sonic swordfight is taking place just above your head. The album ends in wonderful fashion with the compelling ‘Zwykłe czary wieją’ which winds its way seamlessly around, perkier than a young pup

Furia bring something unique to the party and either of the releases reviewed here will keep you transfixed long after the Christmas decorations have gone back up in the loft. 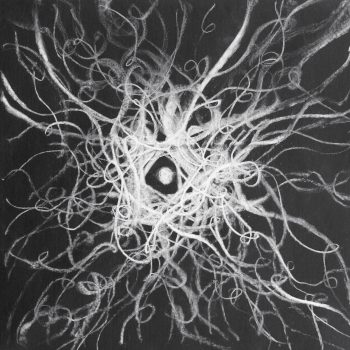