F*ck it, give this a listen!

Some albums catch you completely off guard and take you on a journey. A road trip. Stuck in your car with one CD, no a/c and someone you don’t really know. At first you’re not sure, they’re a bit dull. Irritating even. But then you get to know them. You argue, bicker, laugh, cry and by the end of the journey you are blood brothers. Such is the case with album the third by Texan stoner dudes Funeral Horse.

It all starts with ‘There Shall Be Vultures’ – it’s ok, fuzzy and energetic with a touch of hardcore and a nice 70’s classic rock solo. But the vocals…muggy, distorted megaphone vocals – their lack of clarity is a big distraction. The second track confirms that these vocals are going to be a thing, with us for the duration. But the song is good, a doomy, lumbering, subterranean beast with some epic keyboard action. It advances steadily like a stoned, nonchalant invading army, it’s positively narcoleptic. The band drops away, leaving a low slung, filthy bass that eventually just nods out. It’s great.

And it’s here that the personality really begins to shine through. They light up ‘A Bit Of Weed’ – a minute and a half of woozy, twanging, bluesy spaghetti western guitar and bongos – ok then, maybe these guys aren’t your usual, predictable standard stoner fare. And then boom! Into ‘Gods Of Savages’, a heads down barrage with more of that occasional punk energy and a hint of early Mastodon. The megaphone is no longer even on my radar, I just want to know what’s next, this is awesome!

And what’s next is quite a thing, the nine minute opus ‘Yigaels Wall’. An amp hums, a quiet noodle, a brief ‘Omen’ quote and then…silence. Ah, here we go this time…nope, another even longer pause. One more false start and we’re away..slowly. BIG guitars and serious light and shade going on here. This is clearly the album’s centrepiece and an incredible ballsy achievement – the very definition of heavy…man. The silences are as crushing as the inevitable onslaughts and it ends in a yowl of feedback, a firestorm of distortion and a multi-tracked solo. It’s a bit of an instant classic.

While you’re still reeling and recovering ‘Cities Of The Red Night’ begins in atmospheric style – moody, percussive, hell it even has flute and finger cymbals baby! And then, about two minutes in, it dawns on you that this is going to be the whole song. Brilliant! And hazily psychedelic in a 60’s Laurel Canyon hippy commune love-in kinda way.

And then yet another left hook, ‘Gifts Of Opium And Myrrh’ is about three or four songs brutally mashed together and yet it flows seamlessly. There’s punk, desert rock, powerhouse drums and a wild, messy, noisy tempo change. Instruments are bludgeoned, left howling for mercy in a sandstorm of feedback. It’s audaciously good and then, hang on…is that? Yes, it is! Bagpipes!! Genius!

See, a journey! A trip! It takes you for twelve rounds and you’re left slumped over each other, vowing that ther will never be a rematch. It’s a heroic album, it totally won me over. Take my word for it, big things are afoot in Houston. Funeral Horse deserve to be huge. There is more joy, variety, style, invention, flair, humour and power in these seven tracks than there are in ten other albums of twice the length…if that makes sense. Fuck it, just give this a listen. 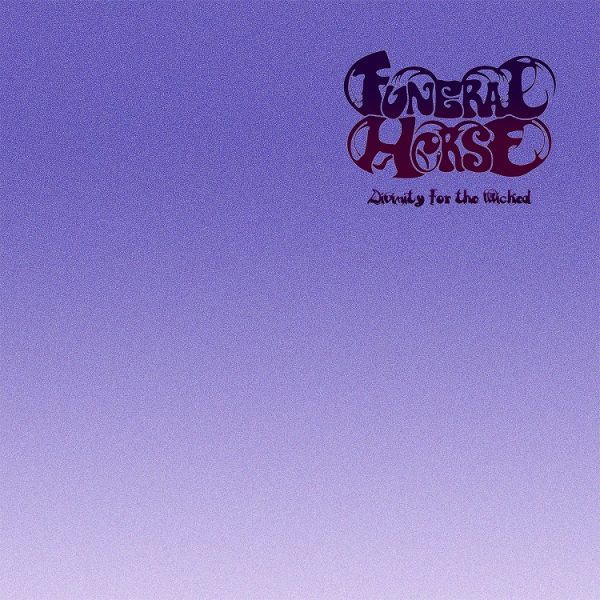