This album will scramble your thoughts at first, as points of reference collide and ricochet all over the place, bouncing around echoes of Def Leppard, Michael Morales, Alias and many others. But it’s not a copycat, it never descends into parody, and it all gleams with new-minted urgency.

Opener ‘Nights Of Paradise’ is the perfect pastiche, but it’s  the driving ‘Living Tattoo’ that gives the album momentum. Both are genuine triumphs of eighties’ melodic rock worship, in the guitar phrasing, the tones, the chord progressions, ably bearing the weight of the album’s portentous title. It’s a lot like you’ve just unlocked the vault and treasure comes tumbling out.

Second single, ‘Hysteria’, aptly sounds like the band have listened a lot to Mutt’s stuff. It’s filled to the brim with punchy, massed harmonies, with big, shiny guitar heroics occasionally displacing the track’s swift pulse, showing us how to stretch an austerity studio budget into corners you have no right to reach.

At key moments on the album, like ‘Turn On The Night’ and ‘Burning Love’, you’d swear The Stage Dolls had gone back into the studio to record some leftovers from the Stripped era. Elsewhere, the album is littered with memorable moments, the sweetly romantic (and relentlessly anthemic) ‘Carry On’, and the urgent, declamatory stadium rock of ‘Fever’ are real highlights, vying with the opening tracks as the album’s killer cuts.

It’s perhaps an exaggeration to claim that many of the songs on ATSODL could become as timeless and evocative as their influences. Those bands cast a long shadow. But if they maintain this level of creativity, they’ll create their own legacy. Meantime ATSODL will warm the cockles of AOR hearts everywhere. 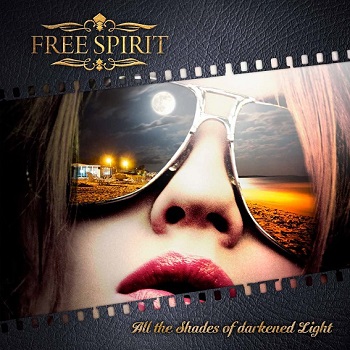