Ten years ago Frank Turner & Jon Snodgrass got drunk and wrote and recorded an album titled Buddies…in one day! So successful was that experience the pair reconvened a decade later to repeat that experiment and the result is the ten track Buddies II: Still Buddies.

Older, (slightly more) sober and a little wiser Buddies II picks up where its predecessor left off but it’s far from being a facsimile. Firstly, lock down restrictions meant this album was recorded via the internet and took longer than a day to record. Secondly, the guys co-opted Descendants/ALL drummer Stephen Egerton to play along and his talents add a new dimension and certainly liven things up. However, long term fans of both Frank and Jon needn’t worry because it’s the same pairing as evidenced by the jaunty riff that introduces ‘Still Buddies’. Frank callbacks Jon’s warm tones with bemused nonchalance over a ska beat that’s very effervescent and the resulting song is typically life affirming.

Folky punker Frank Turner and alternative country artist Jon Snodgrass might seem like a strange pairing on paper but Buddies II works precisely because the two meet somewhere in the middle. Case in point is the upbeat ‘Retractions’ which skips along like a stone across water and it brims with an honest charm. ‘S-Bar’ is Caribbean flavoured over which the guys apply a post-modernist lyricism before ‘Stephen Plays The Drums’ allows the guys to let fly and veer into metal territory and you can hear the joie de vivre bursting from every note. Buddies II is constantly shifting gears and a tongue-in-cheek (I hope) power ballad arrives in the shape of’MacBeth’ and it’s the type of song you’d expect Cartman to campily sing on an episode of South Park.

At the end of each song Frank and Jon perform a little skit which makes perfect sense in context of the album, it adds a certain something, yet the casual listener might find them a tad tiresome after a few spins. But each track is a winner and it’s foot firmly back on the (distortion) pedal for ‘Bad Times Good Vibes’ which seems set to burn itself out on its own frantic energy before a country midsection adds a touch of respite. Jon takes main vocals on ‘The Age Of A Dog’ while Frank leads ‘The Fleas’ and the two bring their unique flavour (and humour) to the table. Like The Pogues at their most raucous ‘Hold Me Homie’ is an earworm of the highest order while the jaunty ‘The Earth Is Flat’ ensures we depart as we arrived and finds Frank and Jon sauntering into the sunset.

Buddies II: Still Buddies works because the two protagonists are so accommodating which ensures the deliver the best of both worlds and effortlessly straddle several genres. 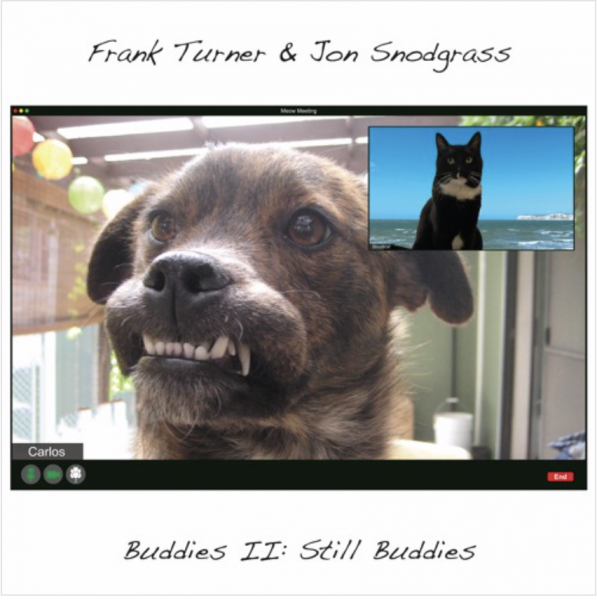