From the depths, Forever Plagued Records (website; Soundcloud; Bandcamp; YouTube) bring unto the world four black metal beauties. Both released in August, from Colombia was Nox’s four track Ancestral Arte Negro 7″ EP and the debut tape-only release of Spain’s Unbegotten, Proem of the Unborn. Coming in late November is the second full length from Ukraine’s Primogenorum, Damned Hearts in the Abyss of Madness, and in December we shall bear witness to the fourth album from Ukraine’s Do Skonu aptly entitled Hell. Most disagreeable…

Deep and darkly shaded, from Colombia, Nox’s Ancestral Arte Negro 7″ EP is South American black metal beauty embodied. Fuelled by hate and burning with wrathful intensity, the raw savagery infused into the four tracks here is immense. Hostile scathing vocals, blackly melodic riffs and furiously focussed drumming, the band lean heavily into each of the tracks and push them as far as they possibly can. ‘Atravesando Al Umbral’ starts fiercely enough but from around the one-minute mark, it becomes more darkly concentrated as it proceeds. The same goes for the penetrating title track. An outstanding EP, there’s more fire and ire packed into this than most full length releases. 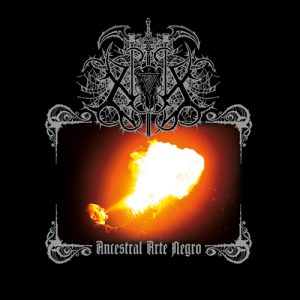 Unbegotten – Proem of the Unborn (Tape)

An atmospheric and unnerving introduction welcomes us to the debut release from Spain’s Unbegotten. Existentially themed and belligerently executed, the four tracks that follow are brimming with rage and tortured intensity. While savage riff after riff course their way through the bleak landscape and the drums hammer and pummel the futile air, a vicious vocal sporadically punctuates the spectral tapestry with visions of futility and despair. Raw, forceful and as cold as Spain isn’t, Proem of the Unborn is a brutally bleak debut well worth one’s time. 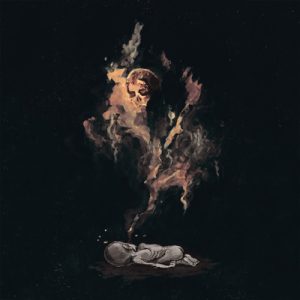 Primogenorum – Damned Hearts in the Abyss of Madness

Mucky and murky production, decaying atmospherics, chaotic and disordered, two minutes into ‘Hecatomb’ and Damned Hearts in the Abyss of Madness, the second full length from Ukraine’s Primogenorum rises up to take its full monstrous shape and sadistically discharge black metal bile and obliteration until the acrimonious end. Vocals emanating from some mangled and shredded void, drums colliding in cacophonous perversion, and riffs decomposed into slabs of rancid wrath, the atmosphere of this album is pure toxic filth. 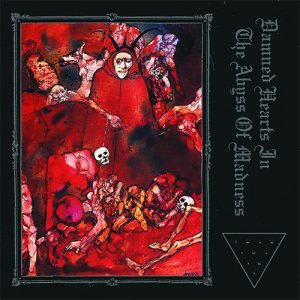 Ukraine’s Do Skonu’s fourth album, Hell, is raw, ruthless and black metal to its core. With little in the way of superfluity, Do Skonu have long mastered their craft and are as adept at carving out a viciously barbed riff as they are at structuring a sharply refined track. The lo-fi production lending to its numinous menace, melodic, majestic and malevolent, there’s a distinct mysticism that pervades this album matched only by its finesse.

The voices of the ancients swirl in a haze of preternatural ritual for the album’s ambient centrepiece ‘The Great Threshold’, a disconcerting track that both feeds upon and nourishes the three tracks of black metal barbarism that sit either side of it. Of them all, the most impressive is closing track ‘Plague Devouring The Earth’, an eleven-minute epic that sees the band drawing deep from the blackened well and dragging us through hell. Superbly sadistic. 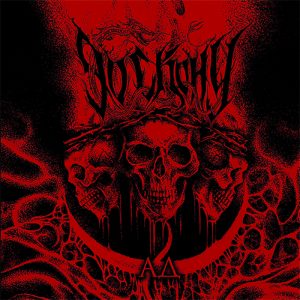