In the latter stages of 2019, FM joined Gun and the Dan Reed Network on a 10-date tour of the UK with each band celebrating the 30th Anniversary of one of their most iconic albums, Tough It Out, Take On The World and Slam respectively. Each band performed their album in full, taking it in turns to headline, and FM recorded each show, picking the best of the recordings for this album. It’s a double CD release, with Tough It Out occupying the first disc, and a selection of songs that band say haven’t been played very often are included on the second CD.

For most FM fans, I suspect it’s a toss up as to whether their superb debut, Indiscreet, or Tough It Out is their best or defining album, at least for the first part of their career. There are usually several songs from each album in a normal FM set, but there is a bit of a difference between the two in that for the debut, the band kept it inhouse, with all the songs being band compositions, whereas for Tough It Out, at the record company’s urging, the band worked with outside writers, including the legendary Desmond Child. Either way, both records should be on any short list when debating British melodic rock’s finest hour.

As far as this live version goes, some bands elect to mix up these album play throughs to help the pace of the show, whereas FM chose to play it straight, playing it in the same order as the album, opening with the title song, which sounds as good as ever here. This does make things a little front loaded, with most of the perennial live favourites, such as the title track, ‘Don’t Stop’, ‘ Bad Luck’ and ‘Someday (You’ll Come Running), appearing in the first half and the rarely played songs dominating the second half, but that’s not to diminish the quality of this live set in the least.

The whole thing sounds superb, the band are on top of their game, and it’s good to hear Jem Davis’ keyboards a bit higher in the mix, making it easier to hear how much he brings to the FM table. ‘Bad Luck is a particular highlight, ‘Someday’, although it’s not one of Steve Overland’s favourite songs to sing, is absolutely superb here, and ‘Burning My Heart Down’ features an appearance by the band’s original keyboard player, Didge Digital. As for that man Overland, there’s something almost supernatural about how his vocal powers remain at such a high level over the years, he just hits the target every single time.

It’s to the band’s credit that the tracks on the second CD are all unreleased versions, and also that there’s no duplication with the band’s previous live release, The Italian Job’ in 2019, apart from the Tough it Out tracks, which makes the whole package even better value. There are fine versions of ‘Hollow’, ‘Wildside’, and ‘Tough Love, although the latter is missing its usual pre-recorded intro, but the highlight on this disc is a tremendous ‘Hard Day In Hell’, with its bluesy opening of Davis’ piano and Overland’s voice, then the rest of the song a different arrangement to the studio version, featuring the saxophone of Carl Brunsden, firstly in a solo, then duetting with Jim Kirkpatrick’s guitar. Also a mention for ‘Only The Strong Survive’, with a nice crowd singalong (‘You don’t need me’, remarks Steve Overland. As if!)

Overall, this is a great live album. Some fine, fine music, essential for FM fans and the latest piece of evidence, as if more was needed, that this is the UK’s Greatest Melodic Rock Band. Long may they reign. 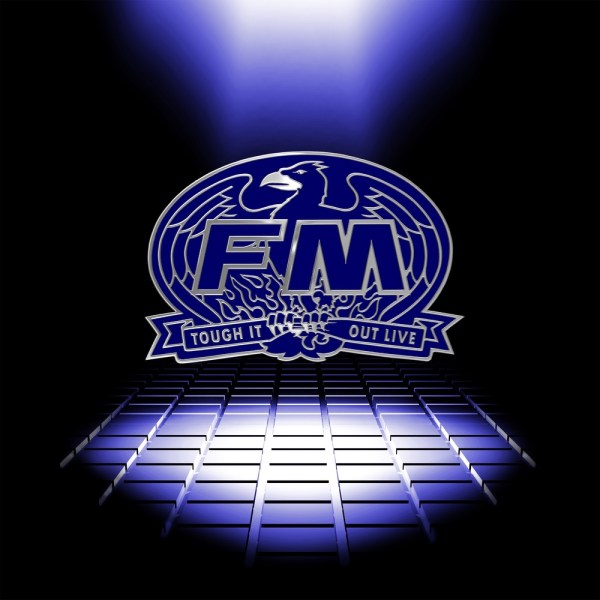