Knuckleheads from across the UK (and many from thousands of miles overseas) descended upon the iconic Wembley Arena to witness the grand finale of Five Finger Death Punch’s seven-week trek across Europe.

Of Mice & Men were first to address the packed-out Wembley Arena. It’s always difficult for the opening bands on arena runs (especially when you have a triage of bands on the bill) to get an audience pull, but OM&M got a very warm reception indeed.

It has been an interesting transition year for the Orange County natives following the departure of frontman Austin Carlisle in late December 2016 with bassist Aaron Pauley stepping up to handle vocal duties. But step up to the plate he did as OM&M blasted their way through a short but crushing 30-minute set.

Opening with ‘Unbreakable’ into ‘Bones Exposed’ the headbangers and pits jetted off from the get-go. New track ‘Warzone’ went down a storm and if this is anything to go by their upcoming album release (the first with Pauley at the helm) will be quite something.

Now there are lots of bands out there that try (and spectacularly fail) to emulate Slipknot’s “Jump The F*** Up” concept, so props must go to Aaron Pauley for being able to get all of Wembley on the ground and bouncing for ‘The Depths’. A job very well done indeed.

In Flames were next. Riding high from a successful UK/European Arena run with Avenged Sevenfold and Disturbed back in January 2017 and a great showing at Download Festival over the summer, the band, again took to the UK’s biggest arenas to close the year out in true Swedish Metal style.

The staging was minimalistic but highly effective with killer lighting, a jester that sprung from out of nowhere and a keyboard player and drummer atop high risers. Though we’re still scratching our heads at the transparent backdrop netting that stayed up for the entire first song, ‘Drained’. Your guess is as good as ours!

From there on, the Swedish riff monsters delivered a no chat, all music set, heavily focused on material from 2016’s ‘Battles’ to a sea of fans, many of whom had queued all day to secure barrier spots just for them. The likes of ‘Before I Fall’, ‘Save Me’ and ‘The Truth’ sounding huge in the arena setting, as Niclas Engelin (Guitars), Bryce Paul (Bass) and Björn Gelotte (Guitars) furiously paced the stage side-to-side throughout the set showing off their mad picking skills to a delighted Wembley.

The fan-favourites were all in there too including the massive ‘Take This Life’, ‘Alias’ and ‘Drifter’ spawning circle pits and the all-important metal horns of approval. The majestic ‘Here Until Forever’ slowed things down somewhat before the band closed up with ‘The Quiet Place’ and the aptly titled ‘The End’ as moshers took to the pit for one last dance. 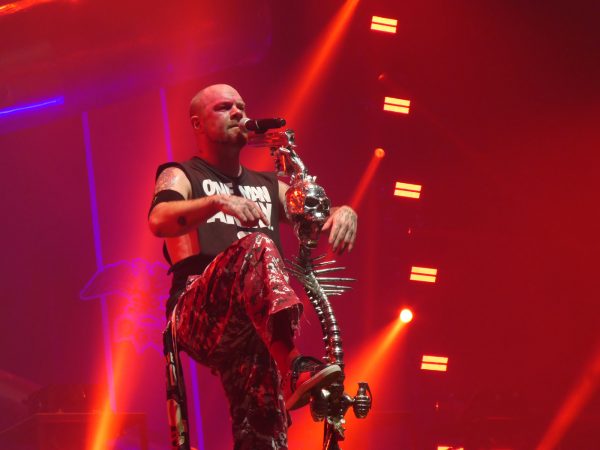 And then it was the turn of the headliners, Five Finger Death Punch. From the grimy halls of Pontins in 2010 to headlining Wembley Arena for the second time, these guys are a rare breed for the genre having climbed the ranks the “old school way”.

Comeback would arguably be the wrong word to use for this European tour run. 5FDP never really went away and, even in their “darkest hour” they still managed to deliver sublime live performances and light up the summer festival circuit both with Ivan Moody and Tommy Vext (Bad Wolves) fronting the band. But dust off and come “back for more” they did in a BIG way – with pyrotechnics too! 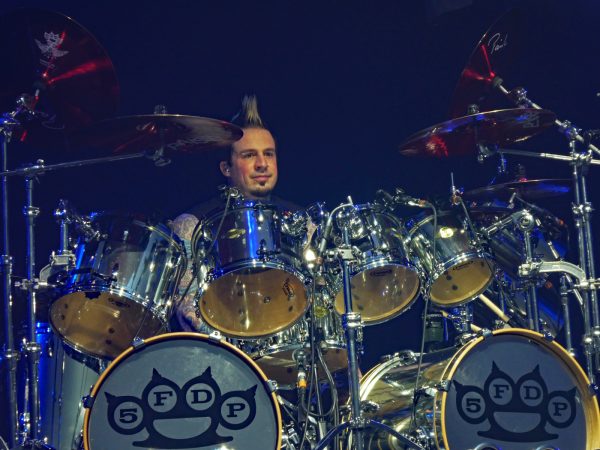 Anticipation was high for the tour finale and the Death Punch wasted no time in getting proceedings off to a crushing start, with the anthemic ‘Lift Me Up’ opening the show. It came complete with light up guitars, the stage decked out with a giant Knucklehead skull and baseball bats, CO2 cannons and a hell of a lot of fire. And lift Wembley up a notch or several it did for 14 more heavy hitters. Shit yes son as bassist Chris Kael would say.

The old school ‘Never Enough’ from the band’s debut album rolled in next. It’s slick to the nines, precision perfect and not a beat out of place with a huge chorus to boot. The gnarly riff laden ‘Wash It All Away’ followed in quick succession along with ‘Got Your Six’ which saw Chris Kael (bassist) and Moody trade vocals as the pit began to take a life of its own.

Next, Moody invited Aaron Pauley (OM&M) and Tommy Vext (Bad Wolves) to the stage to join him for a storming rendition of ‘Ain’t My Last Dance’ – the extra vocals packing quite the punch! The “double neck” M4 Sherman was out for fan-favourite and set staple, ‘Bad Company’ in a masterclass of how to nail a cover but still make it your own. The “death punch sound” as “en-pointe” as it will ever be.

Things got heavy again for Burn MF. On the two other shows in the UK at Birmingham and Leeds, fans who had the red knucklehead handprint smudged across their faces stormed the stage en-masse to join the band in epic “head-bang-alongs” for the Burn Mother******* breakdown – but it’s a slightly quieter affair in London with just the band onstage, though nonetheless equally as heavy-hitting.

Proceedings slowed down when Hook wheeled out his acoustic guitars for some stripped back, stellar renditions of ‘I Apologize’, ‘Wrong Side of Heaven’ and ‘Remember Everything’ with Moody’s baritone voice serenading Wembley. Honestly, he’s never sounded better. Its emotional, real and just spinetingling. 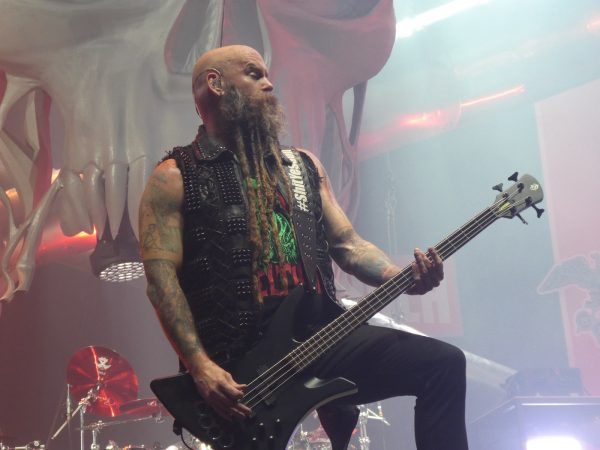 Lighters and “cell”-phones were flung into the air as the formidable seven-string guitar squeals of ‘The Bleeding’ echoed across the arena walls. And scream one last time the fans did, as guitar picks and drum sticks rolled out to the Wembley crowd like confetti… a grand finale to an even grander tour.

Critics will say its one dimensional and formulaic, but those that have witnessed 5FDP’s journey over the last decade know it’s been blood, sweat, tears and a lot of hard work to climb the greasy rock and roll pole to the top. And you can’t help but admire how they’ve done it.

If this UK arena run is anything to go by, these, Las Vegas Metallers have more than reaffirmed themselves as headliners in waiting for Download (and the rest!) – Andy Copping take note. A further step closer to world domination. 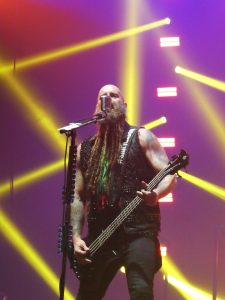 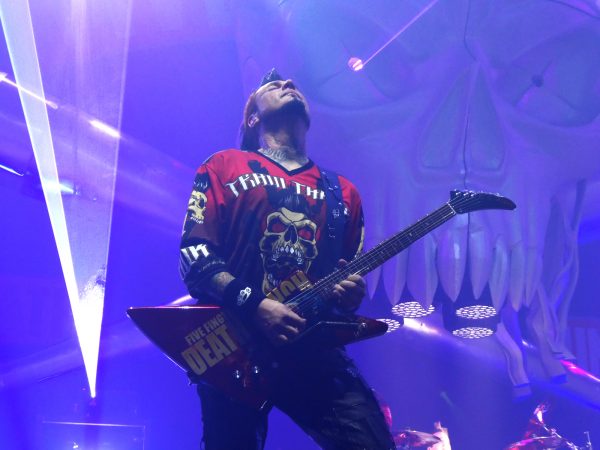