An eponymously titled album is usually bestowed upon a band’s debut or to symbolise a moment of rebirth and it’s the latter that power metal peddlers Firewind have opted for on their 9th full length outing, Firewind. Having burned through a multitude of members it could be argued that every Firewind record is a regeneration, yet their current incarnation (with new vocalist Herbie Langhans) is an explosive admixture that finds the band rising, phoenix like, towards uncharted echelons.

Cascading acoustic guitar is counterpointed with some ethereal soloing to create an ambient introduction, poetry without words, that gently ululates and hypnotises and makes the arrival of opening salvo ‘Welcome to the Empire’ all the more epic. From here on in it’s pure power metal with a circular, almost industrial, riff and pounding drums that drive the song forward. Like standing before the Tower of Babel, ‘Welcome to the Empire’ is a song of biblical proportions that finds armies of slaves moving huge slabs of granite. Putting the ‘pow’ into power it’s a warlike anthem that sets a furious template for the rest of the album. On a roll, the following ‘Devour’ ups the ante with drums fired at an impossible beats per minute along with some serious shredding that reminds me of classic era Helloween.

‘Rising Fire’ was the single that previewed Firewind and has ‘hit’ written all over it and, with an inherent groove and swing, it’s an anthemic sucker that packs a heavy punch. Bouncy, yet restrained, it’s a song that leads you joyfully to a memorable chorus that’s sure to haunt you for days. Herbie Langhans (ex-Sinbreed and ex-Symphonity) has confidently made the mic his own with a power and range that could draw comparisons with original Firewind warbler Stephen Fredrick. Not to be outdone guitarist Gus G lets fly on ‘Break Away’, his six-string encased within walls of synths, but it’s never to the point of self-absorption. Rather his soloing carries the song forward but there’s no denying it’s all very air guitar inducing.

Hanging like a burning globe the aptly titled ‘Orbitual Sunrise’ is given a warm, rich texture by some choice electronics that meld well to the chugging riff. A steely acoustic guitar peppers the song with oriental flourishes and a bluesy solo mid song injects a nice change of pace. Firewind’s obligatory power ballad makes a fine centrepiece around which the heavier tracks revolve, and seems tailor made for the live environment with lighters held aloft like stars in a crystalline sky. Putting the rhythm section centre stage ensures ‘Perfect Strangers’ unleashes the big guns with a foot pressed firmly to the floor. Powered by an unbridled aggression its lyrics speaks of daemons a lightning strikes, which is just what you want from a metal album.

Evoking shades of Heaven and Hell-era Sabbath, ‘Overdrive’ swings like a huge wrecking ball and mimics classic metal at its most moody as Gus G, showing great restraint, delivers a smouldering solo. The punchy ‘All My Life’ puts the vocals at the centre of the mix for a roundel stomper that’d make a fine second single. There seems to be something in the ether with metal bands currently drawing on ‘80s aesthetics and that’s exactly what you get with ‘Space Cowboy’. The sound of a band having a blast it’s a fine slab of melodic metal that’s short and succinct but doesn’t sacrifice their trademark technicality. Closer, ‘Kill the Pain’ is an all-out rocker with instrumentation that mirrors its loose sci-fi theme and finds the band racing towards a cataclysmic conclusion.

Pretty much everything you’d expect from a power metal album Firewind is sure to please the bands fan base while the addition of new influences, without sacrificing their core sound, gives the album a contemporary edge and should find them attracting new admirers. 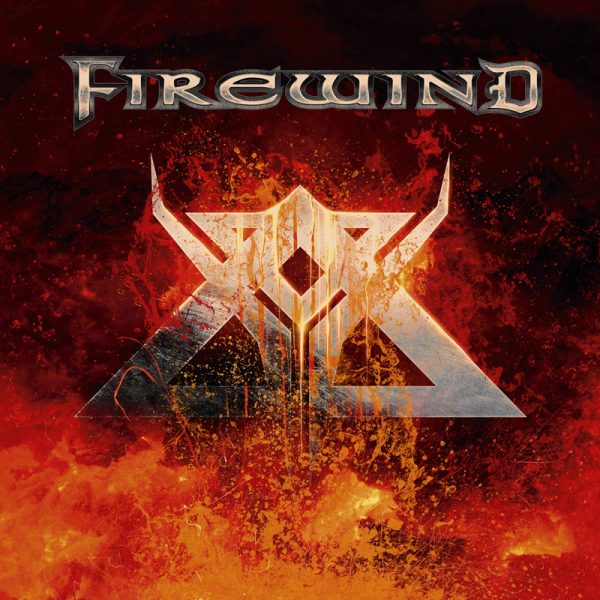