Finnish melodic death metallers Bloodred Hourglass return with their long-awaited single ‘Drag Me The Rain’. The track marks the band’s first new music since their 2019 album Godsend and offers a tantalising glimpse into the sextet’s upcoming album, which is due for release later this year via Out Of Line Music.

“‘Drag Me the Rain’ is the first song Eero wrote for us when he joined the production of the upcoming album. Very straightforward type of banger with some refreshed catchiness and rudeness, and it also carries the vibe it will strike live as well. ‘Fear is contagious, but so is courage.’

“Lyrically it’s going to be by far the most personal album to date. It’s an introspective trip into loss, lost chances of life and love – all crowned with sadness. You get a lot closer by being also fragile, and the contrast we managed to capture on this record is definitely some next level BRHG.” 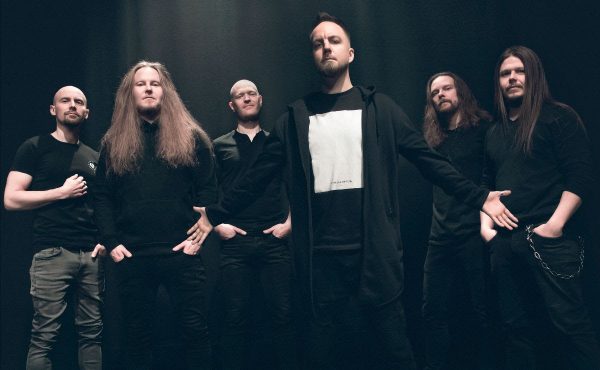 BLOODRED HOURGLASS‘ new album is expected to be a melodic death metal rollercoaster, with an epic feel and a very modern approach.

“Musically it’s the most diverse BRHG album we’ve created. It contains our slowest song ever but also the most aggressive headbanger too. It’s filled with sadness and joy, brutality and catchiness – a perfect melodeath rollercoaster just the way we wanted it to be,” states guitarist Lauri Silvonen.

Previous album Godsend saw BLOODRED HOURGLASS climb towards the top of the Finnish metal scene, with their signature blend of melodic death and thrash metal. Stay tuned for more details on the band’s upcoming album.