Playing a huge part in the foundation of the UK thrash metal scene and after a reboot in 2015, Beermageddon can now announce and welcome our Sunday Night Headliners…Acid Reign! 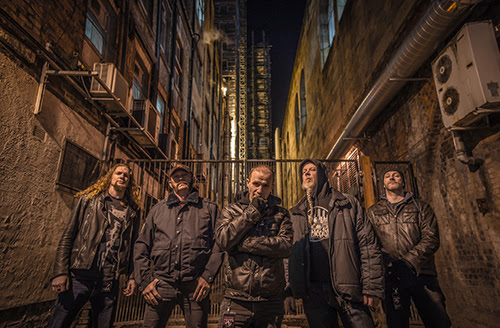 After the departure of Ides of March we needed a headliner that had the same pedigree, and Acid Reign played a huge part in the UK Thrash Metal Scene!!

Now we welcome Acid Reign to close Beermageddon 2021 with a full scale thrash assault with an entire festival headline set to take fans to the heights of thrashing ecstasy!!

Although a new name on the thrash metal scene, Sun Of The Endless Night are no strangers to the big stages, boasting former members of Anihilated and Suicide Watch there is no debate on the bands pedigree, as they bring down the full force of thrash to the stage, a more technical side to the genre, yet there is no trade off in the sheer aggression in the music!

If thrash is the foundation on which Beermageddon was built, Sun Of The Endless Night will stand strong as they take the stage at Stoke Prior 2021!!

After witnessing a scorching set at Sonic Rock Soltice, the stage was set for Beermageddon to welcome Shackled. Massive riffs and big choruses, Shackled have been bringing their blend of heavy rock and classic metal to the Midlands since 2010. Their latest album ‘Lost Heroes’ was independently released to critical acclaim in February 2020 and is their showcase to the growing British metal scene!!

Making their Beermageddon debut Shackled will be bringing the noise and raising the horns to the fine folk of Stoke Prior at Beermageddon 2021!!

Completing the Friday party are Incursion, a multi-dimensional gathering of apocalypse survivors bringing their tales to this dimension with metal!, Exactly what Beermageddon needs. The trio recant their tales and adventures through the apocalypse with a high energy show with plenty of crowd interaction and biscuits, Incursion are a band of misfits that have fun with crowds in their own unique way! 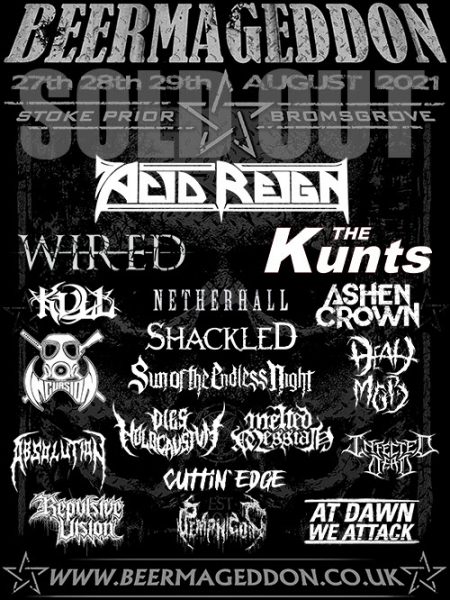