Zombie on the march

Fetid Zombie’s flesh-eating four-track EP Epicedia was released via Transcending Obscurity Records  on 25 November, 2016. Paul Castles gets a taste of it.

If you’ve had a bellyful of sherry trifle and are starting to count cold turkey sandwiches to help you get to sleep at night then this four-track EP from Fetid Zombie may help to clear your senses. India may not be the first port of call when unraveling an assortment of death metal releases, but Transcending Obscurity are certainly unleashing some fine work at the moment.

Among the most impressive recent releases is the four-track Epicedia EP by US solo project Fetid Zombie. Although you wouldn’t necessarily realise when giving it an initial listen, Fetid Zombie is all the work of the acclaimed underground death metal illustrator Mark Riddick who worked with the likes of Unearthed and Excrescent in the early 90s.

Although he’s been involved with other musical styles Riddick returned to his death metal roots when embarking on a musical project of his own Fetid Zombie in 2007. But while he has recruited some support from underground death metal acts such as Nun Slaughter, Bone Gnawer, Necromantia and Devourment, Epicedia actually spreads itself further musically than your standard old school death metal output.

First up of the quartet is ‘Lowered Beneath’ which is an even tempo start with some gruff vocal barks sitting comfortably within some cutting riffage and steady but not overpowering drums. Initially the death metal throb is a constant but then it breaks away into something quite different with a diverse guitar instrumental injecting lots of smooth contours on what had initially appeared a fairly bloody affair.

The razored riffs and Riddick roars are back in place at the start of ‘Devour the Virtuous’ which features a definite Metallica-like hook and stampede halfway through its eight minutes. Riddick’s vocals are heavier than a bag of cement but Fetid Zombie even incorporate some choral chants as a means of pushing the death metal template as far as they can.

While ‘Devour the Innocent’ also  features an angelic choir in full flow at the very start it quickly gathers pace, with more urgency than shown before, the drums coming down with menace and conviction, the riffs more defined and the vocal barks angrier. As with before the latter stages shift away from death metal into fairly standard heavy metal guitars, the extended solos perhaps not likely to find favour with every DM nutjob.

Final number ‘If the Dead Could Speak’ is the longest of the quartet at around 10 minutes in duration. It has an impressive chug that should give your neck muscles some action and again marries some impressive death metal growls with a more standard metal riff.

While not quite as in your face as perhaps anticipated this is well worth investigating if you like your death metal with a few unexpected twists. 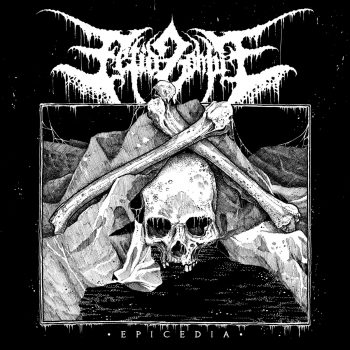