Paul ‘where’s my coat’ Castles prepares for Winter, the new album from Fen, released via Code 666 Records on March 10, 2017

Six lengthy compositions, each titled sequentially in Roman numerals, come together to make up Winter. While the slightly sterile song titles give very little away, midway through the expansive 17 minute opener it starts to dawn on you that – not for the first time in their career – that Fen have come up with a highly accomplished piece of work.

The Londoners have always been a fairly uncompromising bunch, with little interest in being pigeonholed in any one of the multitude of metal jacket pockets. Needless to say though, Fen revel in lengthy works that threaten and tease and are infused with prog elements nestled over a foundation of distressed doom and cascades of crushing black metal. Opening number I, is a monstrous piece all on its own, switching direction more often than a lone hiker ploughing a solitary hike across a foggy heathland.

At no point in this 17-minute opulent opening opus do you actually want the sonic rays to dim. It’s a compelling listen simply trying to stay on its tail as the tempo slows and quickens at disorienting speed. While gentle and smooth lines are given room to grow the more feral moments have teeth like hyenas and this in turn stirs a mix of emotions before Fen gradually allow the journey  to slip away quietly.

On II the vocal growls grow in ferocity with even the slower passages given a sinister edge. While Fen’s reputation has been built on menacing soundscapes that seem to be the musical embodiment of desolate terrain II also features some furious blastbeat attacks from Fen drummer Havenless fired by a toxic tempo. 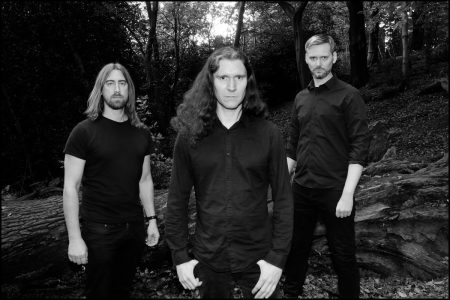 A more balanced intro opens up III enhanced by an almost orchestral flavour which first sends a meandering drone wavering across the grooves. Steadily the bricks are built up, Jenga like, until they all collapse under a brutal sweep of riotous guitars and blister-popping vocal barks. IV opens up under a warm glow with its graceful melancholic rhythms harking back to the likes of The Smiths at their most poignant, quite moving and effecting. When the pace evolves and accelerates the vocals join the undulating curves but slightly surprisingly some cleanly sung vocals are given the freedom of expression amidst the more bestial blasts from The Watcher. At their raging best Fen create the kind of blackened whirlwind matched only by the likes of Winterfylleth.

V again sees that marriage of tenderness and tyranny against played out against a hollow shell of emptiness. Closer VI is a much more ambient track with just the merest of movements in the early stages until almost like the approaching of a train, a distant rumble is detected and then slowly comes into focus. Again the vocals, although very much mixed in the background, are cleanly sung as the song begins to race through the gears on its way to a finale climactic frenzy.

As with Fen’s previous four full length releases, Winter is released via Code 666 Records with production under the masterful supervision of Jaime Gomez Arellano, who has already shown us what he can do when working alongside the likes of Ulver, Primordial and Solstafir. As a celebration of Fen’s first decade, Winter could hardly be more emphatic. 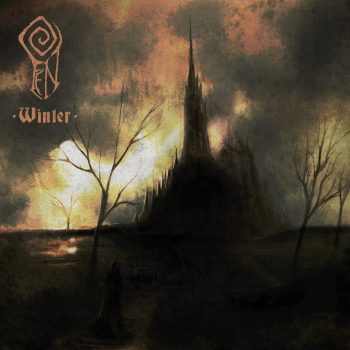