Feeder share their first new music of 2022 in the form of new single “The Healing”. It is the opening track from the band’s forthcoming new album, Torpedo (18th March) and follows recent tracks “Wall Of Silence”, title-track “Torpedo” and “Magpie”.

Emerging from a period of intense productivity and rejuvenation, Feeder’s latest material has so far tackled the mechanisms that we employ to cope with our journeys through the modern world. There is a palpable sense of hope and optimism seared into their fabric, each adopting a primal spirit, with grinding riffs that make way for sky-high choruses. On “The Healing”, Feeder stare at human nature, questioning procrastination and inaction. Singer and guitarist Grant Nicholas explains:

“When writing the The Healing I definitely had a rock musical /film track in my head. I wanted to take the listener on a real journey with this song. It touches on the current world and climate we live in and also the issues and situations we are facing from day to day. I guess It’s a call to arms or a wake-up call about coming together to make change and to think about the future and the next step.”

Listen to “The Healing” on streaming services here and watch the video below.

Torpedo is released on March 18th and will be available on digital, CD and vinyl. Pre-order here.

The celebrated, multi-platinum-selling, rock band Feeder have hit a resurgent run of three consecutive UK Top 10 albums with 2016’s All Bright Electric, the 2017 Best Of, and 2019’s Tallulah. Looking ahead to 2022, it is with some momentum that the band will release new album Torpedo into the world.

Momentum has been something in short supply for many artists over the last 18 months. For Feeder, the ensuing numbness of early-stage lockdowns inevitably led to an uncharacteristically uninspired period for the band and songwriter Grant Nicholas. Feeder, however, have always been masters of marrying the light and the dark – illuminating the shadowy corners of their world to uncover something poignant and uplifting – meaning it was not long before conditions became a perfect storm for inspiration’s lightning to strike, and two albums’ worth of music materialised.

Torpedo signals a band refreshed, inspired by the new and not resting on the strength of their considerable successes. Like so much of the band’s high points, Torpedo is a communal experience that considers the processes through which we deal with what’s in front of us. Musically it acts a connecting thread between all they’ve journeyed through to date, and all they can still become in the future.

Feeder will also be touring the album through the UK in 2022. Full dates below. Tickets are available here. 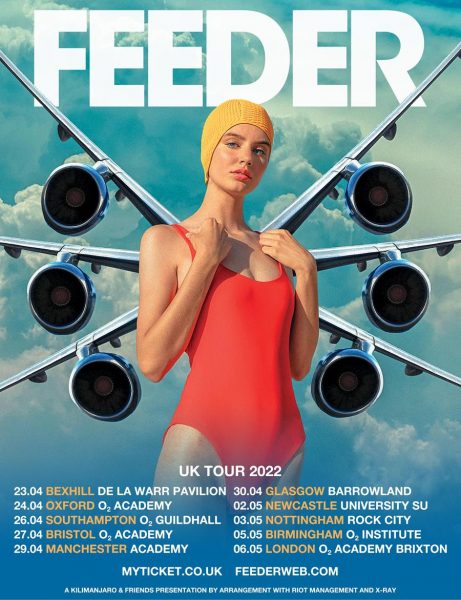